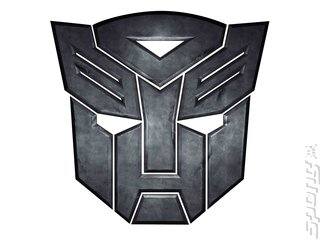 Activision has announced that, in addition to the cross-platform Transformers, the DS will get two all-new Transformers titles this summer.

As you may well have guessed from the stunningly inventive titles, one game lets you play as the Autobots while the other lets you play as the Decepticons. What sounds interesting about these DS Transformers games, as opposed to the more straightforward cross-platform tie-in, is that a strong emphasis is being placed on the handheld's Wi-Fi capabilities. Activision informs us:

“Nintendo Wi-Fi Connection enables players to engage in the 'AllSpark Wars' where they must help their side win the global conflict between Autobots and Decepticons via daily challenge missions and global player stats comparisons.”

SPOnG's mighty pleased to see that Activision's doing something beyond the obligatorily bland, 'one size fits all' spin-off for Transformers.