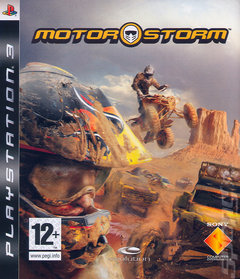 Tandem events has just announced its first round of speakers for Games:Edu, which will run alongside Develop Conference this summer.

Speaking at the event will be Chris Satchell, general manager of Microsoft's game development group, Matt Southern from Evolution (developer of MotorStorm), Nick Burton from Rare (the folk behind Viva Pinata and Diddy Kong Racing), Mike Gamble from Instinct Technologies and Jason Avent of Disney Interactive Studios. Epic has also been confirmed, but details of who we should expect are yet to be announced.

Games:Edu focuses how the games industry needs to go about training new talent. Andy Sithers of Microsoft Academic Alliance, which will be supporting the event, seemed pretty chuffed. He said:

?GAMES:EDU is an excellent opportunity for academics and games developers to begin a conversation which will help keep the UK as a growing centre of excellence in the gaming industry to ensure graduates have the right skills and knowledge to enter into the industry and contribute to that success.?