It's for your own good 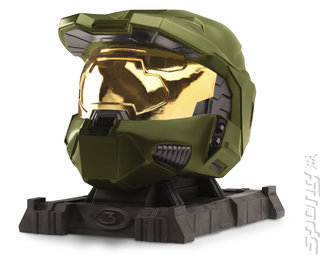 All Images (4) »
Bungie has explained why the upcoming Halo 3 beta will run at (what some are considering) a measly three weeks.

?I?ve been asked a few times why the impending Beta is only three short weeks long. Well, obviously the number one reason is that the longer we?re spending resources taking care of the Beta, the less time we?re applying what we?ve learned from it to the final game. And statistically, three weeks is going to seem like a pretty long time when you look at the hours you log on the game.

O'Conner also offers an explanation for anyone moaning about the number of maps on offer, telling us,

?The reasons you?re getting three maps is similar... It?s easier to think of why you?re not getting the rest of the maps. They?re not done yet. All are geometry complete, but they?re being polished and tuned for graphics and gameplay ?til the last minute. You could say that the maps you?re playing are the best balanced and most complete so far.

Note the word ?most.? Don't think that you'll be playing the final maps. O'Conner notes, ?they will change slightly, maybe noticeably when the game finally ships in fall... Objects may have shifted while in flight.?

Also revealed is the fact that Bungie will be releasing an FAQ with answers to all your burning questions about the beta shortly before it goes live.

While you await the beta, which runs from May 16th until June 7th, you can whet your appetite with this in-game footage and SPOnG's dedicated game page.
Companies: Bungie
Games: Halo 3