Fancy your chances? Win a trip to NYC to meet Toru Iwatani 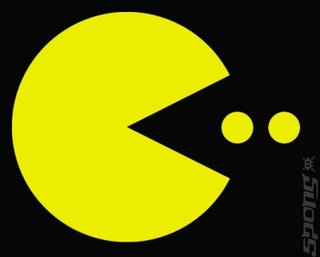 If you would like to have an endless amount of Microsoft Points and/or win yourself a trip to New York this year, then you might want to consider trying out your chances in the just-announced Pac-Man World Championship on Xbox Live, which runs from April 25th to May 9th, thanks to the good people of Microsoft and Namco Bandai.

Ten finalists from across the world will all be flown to New York on June 5th to compete in the ultimate Pac Man showdown, plus have a chance to meet and greet the legendary Toru Iwatani, the original creator of Pac-Man.

"The success of Pac-Man stems from its fun gameplay and host of characters that have been enjoyed by families for generations. It will be exciting to see Pac-Man fans from around the world compete on Xbox LIVE Arcade to become the first ever Pac-Man World Champion," said Iwatani, who is currently a professor at Tokyo Polytechnic University.

The overall winner bags an impressive 100,000 Microsoft Points (worth around Ł6,720!) ? which basically means you will never have to moan again about Lumines Live or Guitar Hero 2 downloadables being a bit steep.

Interested? We are! Here, to recap, is what you need to know:

? Gamers who want to start practicing can download Pac-Man"(400 Microsoft Points) now from Xbox Live Arcade on the Xbox 360.

? Previous leaderboard scores for Pac-Man will be deleted to provide a clean and fair slate for all gamers participating in the Xbox 360 "Pac-Man" World Championship.

? Concurrently, Pac-Man fans in the United States and Canada can also enter the Pac-Man FANatic contest and receive an invitation to compete in the finals in New York City. Starting April 25, 2007, they can visit http://www.xboxlivetournament.com for more information on how to submit a creative video that best illustrates their love for Pac-Man.

? The nine finalists will also be joined in New York City by the winner of the Pac-Man FANatic contest, and compete for the Xbox 360 Pac-Man World Championship title on June 5, 2007, in New York City.
Companies: Microsoft Namco Bandai
People: Toru Iwatani
Games: Pac-Man