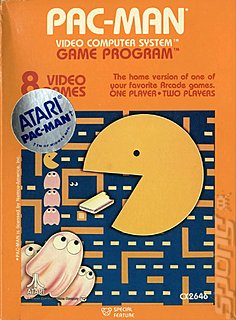 All Images (2) »
It's Friday, folks. And we all know what that means, don't we? Virtual Console day! Joining the now fully operational Opera Browser on the Wii Shopping Channel this week are Pac-Man, ActRaiser and Bonk's Revenge.

If you've been, well, alive at any point in the last quarter-century, then you've heard of Pac-Man. It's all about a hungry circle (with a slice missing) that's endlessly greedy and so endlessly chomps round mazes eating it's food of choice: little dots. If it wants to get fed, however, it'll need to dodge a host of nasty ghouls to do it. This version hails from the NES and was published by Namco, circa 1993. It will set you back 500 Wii Points.

Next up is ActRaiser, developed by Enix for the SNES. The game's ethos is simple: hot-blooded expansionism. The indigenous folk you'll have to clear out in this case are monsters. In simulation sections you take on the role of God, protecting and nurturing civilisation so that it can worship you in an appropriate manner. In the action section you do the dirty work, cleaning out the nasties with your sword in hand. ActRaiser is available for 800 Wii points.

Last up is Bonk's Revenge, developed by the Red Company for NEC's Turbographx. You play a caveman (named, as you'd expect, Bonk) with an overly large head. You're on a quest to recover half of the moon, which has been stolen by the nefarious King Drool. For a Caveman you sure get about, travelling from sub-aqua realms, to space, to somewhat less glamorous subway cars. Bonk's Revenge will cost you 600 Wii Points.

RiseFromYourGrave 13 Apr 2007 08:47
1/4
Actraiser was a fanbloodytastic game, anyone know if its sequel is worth a blast?

damn yank! 18 Apr 2007 14:44
3/4
the sequel is action oriented. They got rid of the village sim section. Personally, I think that was what really made the game stand out. If you like platforms then it's alright, but if the RPG aspect is more what you liked, think twice (and maybe three times) before you shell out any dough.