The Charts: Where Are The PS3 Exclusives?

Command & Conquer hangs in at the top 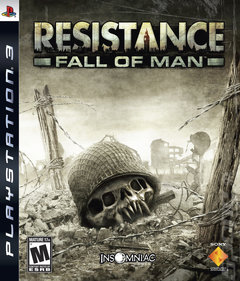 Sony's two PS3-exclusive chart toppers, Resistance: Fall of Man and MotorStorm have slipped from the Top 10 in their third week of sale. They fall to Number 11 and Number 15 respectively.

Before we all cry doom for the PS3 once again, however, SPOnG would like to point out that in week three in both the 360's and the Wii's lifespan neither had a console exclusive in the Top 10.

EA's Command & Conquer 3: Tiberium Wars on the PC sits at the top for a second week. Now, C&C actually saw a sales drop of a whopping 43%... but remains at Number 1.

However, it nearly gets outdone by Ubisoft's cross-platform Teenage Mutant Ninja Turtles, which is second to C&C by a mere 592 sales. How has TMNT done this done it? Is it because the kids can relate to teenage mutants better than they can to surly generals? SPOnG was never convinced that the adjective 'teenage' could be applied to these reptiles, so we're going to put it down to kids going out in droves to see amphibian ninja action at the cinema and then bugging Mummy and Daddy for the game.

Or is it, as is more likely the case, also due to the multi-platform launch for the game? Well, of course it bloody well is.

Codemasters' Brian Lara International Cricket 2007 benefits from Sony's fall from grace, climbing one place to the vacated Number 3 spot. Shame that Brian hasn't been able to show the same form for the Windies. Medal of Honour: Vanguard on the PS2 and Wii follows suit, clambering up from Number 11 to Number 4.

The lower half of the Top 10 sees only minor shuffles with the exception of EA's Need for Speed: Carbon, which just manages to slide back into the Top 10 at Number 10.

EA's Sims franchise does well, with The Sims 2 (Number 12), The Sims 2: Pets (Number 13) and The Sims 2: Seasons (Number 29) seeing healthy sales boosts of 52%, 60% and 34% respectively. Why? That would be thanks to renewed interest in the franchise courtesy of the new expansion pack The Sims 2: Celebration Stuff, although the expansion itself fails to make the Top 40.

Svend Joscelyne 11 Apr 2007 09:52
1/1
I have no reason to believe it's a mix of both the multiplat status and the movie release that's boosted the TMNT sales. Particularly because the TMNT movie is just about the greatest thing I have seen this year. :)

Having films living up to the name of their franchises rock.