The Charts: PS3 Knocked Off The Top 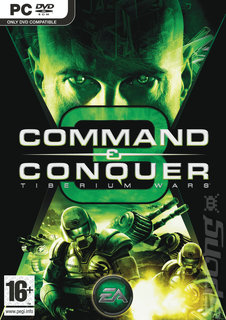 The PS3's first full week of sale has drawn to a close and it no longer sits at the top of the charts.

At the close of the week ending March 31st it's EA's Command & Conquer 3: Tiberium Wars, a PC exclusive, that occupies the Number 1 spot. EA has a penchant for releasing Command and Conquer titles against Sony console launches, with the original debuting 11 and a half years ago in the same week as the PSOne launch.

Sony's heavyweight first-person-shooter, Resistance: Fall of Man makes way for Tiberium Wars, dropping to 62% in sales to Number 2. Likewise, MotorStorm crashes down a spot from Number 2 to Number 3.

Codemasters? Brain Lara International Cricket 2007 on the PC, 360 and PS2 similarly gets nudged down a spot. Are you seeing a pattern emerge?

The PS3 and 360 versions of Virtua Tennis 3 from Sega are joined by versions for the PSP and PC, but it's not enough to save it from (you guessed it) dropping one place. It drops from Number 4 to Number 5.

Teenage Mutant Ninja Turtles from Ubisoft fares well this week. It jumps from Number 19 into the Top 10 at Number 6. It turns out carrying your house on your back doesn't make you as immobile as you might have thought.

Medal of Honor: Vanguard is the only game other than Tiberium Wars to hit the Top 40 this week, and it too comes from EA. The PS2 and Wii release enters the Chart just short of the Top 10, landing at Number 11.

The PS3 gets its software ranks boosted to 23, with its version of Tom Clancy?s Splinter Cell: Double Agent from Ubisoft coming out. It's not enough to get the shooter into the Top 40, however.