David Braben Speaks Out To SPOnG On New Elite 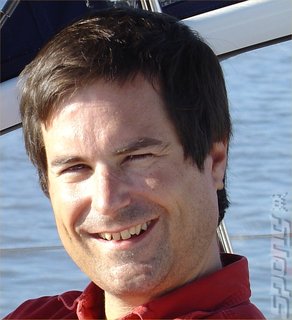 David Braben
SPOnG managed a quick catch-up with the original designer of one of the greatest computer games of the modern age this week ? and no, we're not talking about Flat Out 2.

We decided to drop David Braben from Frontier Developments a line ? yes, he of Elite fame ? to quiz him about the news of the 'all new Elite' we'd been hearing about.

Was it, as the never-trusty Wikipedia informed us, nearly time for us to see the fabled (so-called vapourware) Elite IV? (Hilariously, Wiki seems to think that - via a misleading listing on Play.com - Elite IV is due for release on March 30th, 2007).

Yes, today! So what does Braben himself have to say on the 'all new Elite' we've been hearing about for the last week.

"Great! They're getting 360 owners ready for Elite on the 360! It's also great to have a 'large cargo bay' on the 360 - mine is perpetually full," David told us earlier today.

Bah humbug! He's only going on about that new fangled Xbox due for launch in the US later next month and in Europe sometime later this year.

RiseFromYourGrave 30 Mar 2007 19:37
1/3
theres also a Resident Evil 4 Wii Edition due soon according to one online retailer who's name i fail to remember

wish there was an elite 4

Mackd180 24 Feb 2009 21:07
2/3
I wish you people would give a good definate date on when this game(Elite 4) is going to be released. The old version was the best game I EVER played of any game at any time. Quit holding out get the game finished and LETS GO ALREADY!!!!!!!

Or if we are talking modern in relation to other computer games, Elite is at best of the middle ages, possibly ancient.