23,000 already signed up to community-driven MMO 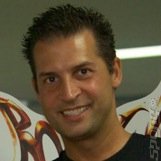 If this has always been your dream, then you're really in luck today, as Perry?s provisionally named ?Top Secret? MMO racer?s website has now been launched.

?We are at nearly 24,000 developers signed up! Biggest development team in history by miles!? Perry informed SPOnG earlier today.

If you are interested in knowing more or getting involved in this intriguing Web 2.0 style online gaming initiative, then head to Topsecret.acclaim.com.

Perry also informed us that the contributor who makes the biggest impact will be rewarded with the chance to direct a fully funded MMO title, to be published by the fresh-from-the-dead Acclaim.

More on Perry?s new ?Top Secret? MMO project as we get it.

Joji 26 Mar 2007 18:14
3/3
I applaud the idea though, since the real problem with online games is lack of variety, and while 360 is slowly changing this its the only way to bring more people online.

I've been playing Burnout Revenge online of late, and alongside all that frantic fun, there's more variety in players than in many games I've played on 360.

Think I may have to submit some ideas. I think Dave has the right idea with this game.

Guns....mmm! Maybe, but to be honest I feel too much weapons actually spoil a racing game. This is why Mario Kart and Burnout are still two of the best racing games on the planet. Its all about balance and getting it right.