10 Most Important Games Ever 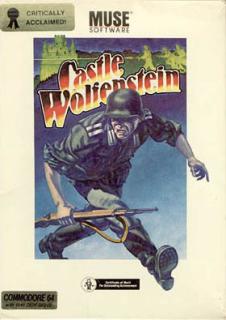 Oh, crap, you have to be wary when academia steams in and attaches definitive lists (or 'canons') to creativity. So, we are nervous that a Stanford professor has attempted to draw up the videogame ?canon? in a recent lecture straightforwardly entitled, "Ten Games You Need to Play: The Digital Game Canon".

The way to becoming an accepted art form or cultural practice - at least in the modern, pre-digital era - was to have an accepted ?canon? of exemplary works (of art, literature, music and so on) that was agreed upon by various ?authorities? and leading critics who specialised in their particular field. This also enabled universities and schools only to teach the works that sat in those canons, and thus put an end to any real thinking - cynical? No bloody way.

?Creating this list is an assertion that digital games have a cultural significance and a historical significance,? Mr. Lowood told The New York Times. ?And if that is acknowledged, maybe we should do something about preserving them?.

The first 10 titles Lowood suggests should be in the definitive videogame canon are:

Sensible World Of Soccer? Come on. We love Sensi Soccer, of course we do, but one of the 10 most important games of all time? A game requiring a preservation order? What exactly is the criteria here? What about Kick Off then? Or just plain Sensible Soccer? And Doom? What about Castle Wolfenstein? Come to think about it, what about Dungeon Master??!

See, lists eh? Love ?em or loathe ?em, you have to admit that they do serve one useful purpose, aside from informing you what you need from the grocery store, they almost demand that you have an opinion. That you agree or, more usually, vehemently disagree with an aribitrary-seeming 'top ten best of'.

So, let us know in the Forum below what you think of the above ?starter for ten? ? is there anything you feel has been unduly overlooked? Or are any of the above titles not worthy of being in the videogame canon, in your opinion?

headcasephil 26 Mar 2007 13:43
2/6
games that i think that should be in there unreal for lan partys
golden eye i still class it as one of the top multiplayer games
mario 64 fist game on a console to use a 3d enviroment and a analog control

87th 26 Mar 2007 14:36
3/6
Zork's there because it was the first videogame to have a proper storyline, but I disagree with its inclusion in the top ten. I feel Donkey Kong was more important, as it was the first to tie a story to genuine gameplay. It also saved Nintendo, introduced Mario and introduced different "levels" for the first time in a videogame.

I know that many of these games weren't truly original, but I listed those that had the biggest effect on the games industry and general culture. Stealth was first done around 1987, but hardly anyone was interested until MGS was released, over 10 years later.

Joji 26 Mar 2007 16:01
4/6
If I'm correct stealth was also a major part of old Speccy game Saboteur and Saboteur 2, maybe some MGS influence went into the game, I can't say for certain.

Ten isn't really enough is it?

How do they even know that some aliens didn't accidentally catch a broadcast of a s**t game, like [insert your worst game], but maybe it prevented them destroying the Earth?

Basically, one person can't just make a list, without specifying why something is important.