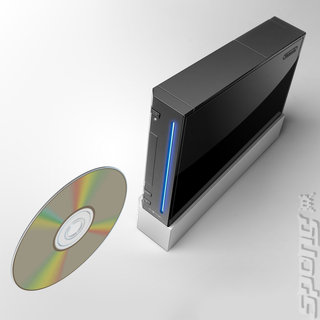 It has been confirmed that every online Wii game will need a unique friend list. This means that every list will have to be built from the ground up.

A representative of GameSpy, the company providing the Wii's online multiplayer service, said, "GameSpy's technology does allow for features that could span multiple games. With the Nintendo Wii, however, the multiplayer features are title-specific." The rep went on to add, ?for the Wii friend lists are game specific?.

This is a problem shared by the DS, for which a new friend list must be painstakingly built from the ground upwards using long and unwieldly codes.

This compares - badly - to unified friend lists on both the PS3 and Xbox 360. The lists on these two consoles are stored in the consoles' firmware and can be instantly used for any online game.

SPOnG contacted Nintendo to find out why a unified friend list can't be used for the Wii but no comment was available at the time of press.

It's frustrating enough that Nintendo is taking so long to roll out its online multiplayer service. Now we're being told that a company that has positioned its next-gen offering as the most accessible and user-friendly will provide an online service that will prove the most unwieldly on the market.
Companies: Nintendo

majin dboy 15 Mar 2007 11:46
2/7
and may i be the second.what a f**king joke.nintendo need to bench mark themselves as much as possible to xbox live,they need to start by doing the simple things right.

bunny goes squish 15 Mar 2007 12:19
5/7
Jesus. I'm thinking Nintendo don't actually want us to play online. I don't go near the online multiplayer on the DS anymore. Friends codes being the primary reason, it takes way too long to find anyone playing randomly and then you can't even gloat when you're winning, it's like playing the computer. Hell I'd cope with the whole unwieldy over protective system if I only had to add each person to my friend's list once.

Joji 15 Mar 2007 14:10
6/7
Yeah I'm with you guys on this one, especially Bunny. My DS has only sampled Mario Kart online a few times and as fun as it was, the silly friend code bit just made a good thing really sour.

To now have the same thing on Wii, seems to show Nintendo either don't like us having access to the net, or they feel they need draconian measures to protect us from net evils out there.

If anyone at Nintendo can read this, it's my belief that they'll now receive a massive fan backlash from this. If the PC can manage to do online games for freaking years and the Xbox Live service now in its sixth years (plus coming soon to PC), how is it Nintendo can't get such a simple service right? Even with Gamespy onboard, it wouldn't be hard to give us a similar set up to Live, where we can actually meet to new people randomly, play games with them, rate, add or delete them etc.

Get with the program Nintendo. We don't like or want your friend codes, just a simple open ended online set up (learn from MS and Live damn it, never thought I'd say that, but learning can go both ways). Ditch the codes or the online aspects of both Wii and DS will continue to suffer. With Live storming ahead online, Nintendo, you have much to learn.

On top of all that, a bleeding Wii hard drive wouldn't go a miss either. Show us you are serious about getting online, not more half hearted N64/GC bullcrap.
So come on gamers, show Nintendo we don't like the damn codes. Stand up and be counted.

OptimusP 16 Mar 2007 09:28
7/7
But all do notice that in the entire interview the word "codes" has not been used at all. How this is a confirmation that the Wii will use "codes" for every game seperate...hmmm...

I've read on a few forums that this could mean that yes, you will have seperate friendlists for every Wiigame but your friends will only be added to that friend list of that game if he actually has the game without you putting in any kind of code (remember one Nintendo rep, think it was Iwata, talking about the possibility that you could send a message to all your consolefriends that you have bought game X).

So there is a chance that with every Wiigame you will get a seperate list of friends, based on your consolelist of friends, who have the game and excluding your friends that don't, which makes it a bit easier to arrange.

It's not official untill some big Nintendo rep makes it official.