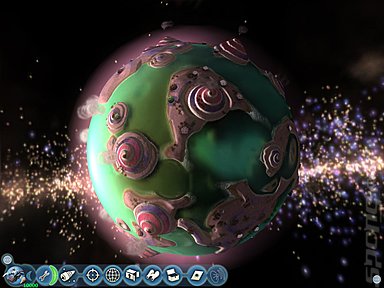 Will Wright, the creator of The Sims and the upcoming Spore, hopes games can change the world. Speaking at the South by SouthWest conference (SXSW) in Austin, Wright outlined how he hopes Spore, and gaming in general, can educate people.

During his keynote speech at the conference, Wright said:

?...when we look at games specifically and entertainment in general, games often have this perception of mindless toys, but they can be much more than that. They can help us develop systematic thinking. They can help us build accurate models of the world around us; and hopefully these things will help us change the world just a little bit for the better.?

Wright expanded on the issues he hopes Spore will raise with people, stating,

?I want this game to bring up lots of interesting issues for the player. Where might life go? The future of life? The effect that life can have on the universe, it's philosophically staggering.?

Elaborating, Wright expanded on how his 'toy' can encourage people to think, ?One of the really nice things with a toy like this is you can give people long term dynamics over short term sense. It's so hard for us to think over the long term, longer than 100 years, but by using these toys we can help people to think and understand.?

This isn't the first time Wright's talked about games as an educational tool. Back in February Wright spoke about how he believes games can teach people about fields such as politics and economics. He even indicated that his next project will be socially relevant.

Wright also had a few things to say on the nature of storytelling in games and the industry's tendency to try and ape Hollywood. He explained, ?I hate stories, stories that my computer tries to tell me"; what he really hates are stories told in a linear fashion.

?(The nature of a) Story causes a chain and conveys it to a viewer... a story's all about the chain of events, very linear, unchanging, you've all seen the same version of Star Wars. But games are very open ended. Also, movies are primarily visual. Games are primarily interactive. So when we take away the control from a player, we're taking away the most important thing from them. It's like going to the movies and showing a blank screen...

Perhaps the most illuminating thing Wright said in the speech, however, was ?One of my real aspirations of this is I wanna see interstellar wars between Care Bears and Klingons.?

Can gaming be educational in a way that will make people want to play? Would Klingons Vs. Care Bears be the greatest game of all time? Let us know in the Forum.
Companies: Electronic Arts
People: Will Wright
Games: SPORE The Sims

ajmetz 15 Mar 2007 06:58
1/2
Carebears the movie II was one of my favourites movies when younger. The full movie is on YouTube now, and I just indulged myself last week. All of the Carebears v.s. DarkHeart (in Transformers, Autobots and Decepticons are pretty much the same, but this is rather more unsettling as it's really cute adorable carebears versus effectively the devil/satan - i.e. Darkheart)....but during the battle DarkHeart accidentally killed a girl who had previously saved his life, and he stopped fighting in order to try and get the carebears to save her life in return...because despite being evil incarnate for the first three quarters of the movie,...deep down, he really cared! =P
At least for Kirsty (who had done a deal with him earlier on).

On a more shallow note, am currently addicted to the song they put on the end credits:

hello to you,
it's nice to see your smile,
step up and take my hand,
one touch,
and we'll be friends,
forever
hello old friend,
it's good to see you too
time is standing still,
for we'll be,
forever young

momface 31 May 2007 22:16
2/2
my older daughter watched that movie over and over and over ......until the tape wore out! every time she would play make-believe with her dolls, she would name one darkheart. we have lots of care bear toys and things still in the attic (she's 19 now ) that she can't part with. the song at the end always tugged at my heart, probably because i've lost several good friends through the years to illness and accidents. we bought the dvd recently, and that end song made us both cry like babies! now that she is older, and has lost a friend and schoolmate in a car accident, she understands the sentiments better. she also likes st:tng and voyager, so i'll have to ask her if she thinks the care bears could whomp the borg! i bet they could!
Posting of new comments is now locked for this page.