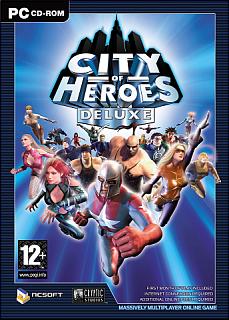 NCsoft has some spiffy new footage of City of Heroes at GDC. Since we're not all privileged enough to be there SPOnG has it for you to take a gander at.

The footage comes from the upcoming Issue 9, named 'Breakthrough'. It predominantly features the new Invention System, which allows players to create new powers and costume add-ons. SPOnG's in-house comic book guy Mark tells us it looks suspiciously like one of Marvel's Cosmic Cubes crossed with a cube of the Rubix variety. Make of that what you will.

It also features the new villain's version of the 'Hamidon Zone' in the abyss, which gives villains the opportunity to take on a raid previously reserved for heroes.