$10K Up For Grabs For XNA Users 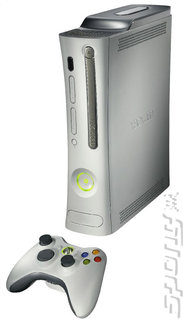 All Images (2) »
Getting an offer for a publishing contract, eh? Like buses, at first you?ve got no hope ? then Messiah creator, Dave Perry, offers you one with his and Acclaim?s Top Secret project, and now Microsoft is giving bedroom developers using XNA Game Studios the opportunity to win $10,000 and a publishing contact. The generous offering comes as part of its ?Dream-Build-Play? competition.

The announcement came yesterday at GDC in San Francisco. The winner will get the opportunity to showcase his (or her) wares on Xbox Live Arcade. 19 runners up will share in an additional $30K worth of prizes from Alienware, Advanced Mico Devices (AMD), Autodesk Inc and Softimage Co.

XNA Game Studios, released last December, is a software package that allows gamers to develop their own games on the PC for Xbox 360.

Much like the sales pitch for new ideas from Acclaim?s CEO, Howard Marks for Top Secret (?Top Secret is like The Apprentice meets American Idol meets?), Chris Satchell, general manager of Microsoft's game development group, explains, ?This is like games meet American Idol meet YouTube.? Presumably he doesn't mean that the worst offerings will be placed on Live Arcade for us to mock relentlessly, but SPOnG lives in hope.

Microsoft showed that it means business with XNA by announcing that Schizoid from Torpex Games will be the first XNA-developed game to appear on Live Arcade. It's set to appear before the end of 2007.

Also announced were a crop of new tools available for members of the XNA Creators Club. Here's the guff according to Microsoft:

GarageGames Torque X Engine
Members of the XNA Creators Club will receive a license to the Torque X Engine, including the Torque Game Builder toolset for Torque X, as a free membership benefit.
SOFTIMAGE|XSI
Softimage is developing new 3-D solutions based on its XSI 3-D software for game creators and exclusive content for members of the XNA Creators Club to support the XNA platform scheduled for release later this year.
Allegorithmic ProFX
In addition to the free MapZone 2-D texture editor released today, Allegorithmic is developing an enhanced version exclusively for XNA Creators Club members that will offer support for procedural textures, additional texture libraries and custom content processors for use with the XNA Framework Content Pipeline. The enhanced version of MapZone will be made available to active members of the XNA Creators Club at no additional cost and will be available later this year.
Do you see yourself as the first Microsoft Idol? See yourself creating Xbox's answer to flOw? Get your entry in by July 2nd. The winner will be announced on August 13th at Microsoft Gamefest 2007 in Seattle. Full details are available at www.dreambuildplay.com.