In-house software development will win out for PS3 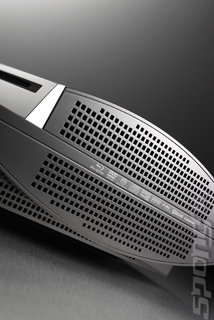 On the same day that Phil Harrison (President, Sony Worldwide Studios) tells SPOng that, ?Moving resources towards in-house development is absolutely the strategy?, a report in the highly respected Develop magazine states that ?Sony need not worry about any potential battles it may face with the PS3? the format holder is assured a top-of-the-pile placing in the global games market thanks to the company?s investment in internal development.?

Based on data from Screen Digest, the report places Sony as the third most resourced games software publisher in the world, stating that ?Sony Computer Entertainment Studios employs some 2,200 developers across 14 different studios? it has more programmers, artists, audio technicians and designers than Microsoft and Nintendo combined.?

Ubisoft, with a ?technical workforce? of 2,400 sits in second place, while Electronic Arts with 5,500 comes in first.

Develop Also quotes the Screen Digest report author, Ed Barton, as saying, "When we were looking at how nex-gen publishing was shaping up, we were surprised to see that in comparison to what was going on during the end of the PSOne era, Sony has doubled its investment in worldwide studios.

"Sony has ensured that it can create the momentum PS3 needs".

So, why, then with this enormous workforce have we still neither seen nor heard rumour of a truly great, genre-busting game for the platform?

Joji 1 Mar 2007 14:38
1/3
Sony might be bigger, but that means nothing when your PSPs are struggling to sell, your mp3 players struggling next to Apple and other product. And to top all that off PS3 isn't looking like the hot shiz it was supposed to be.

The only thing Sony have that I really want right now is one of their lcd hd tvs. But even one of them I can get from Samsung etc.