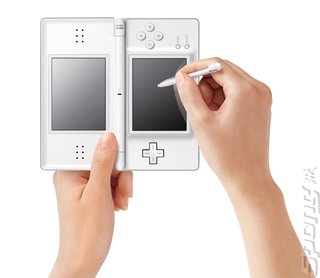 San Diego, California-based research company, DFC intelligence, is stating in a report this week that ?portable games are clearly hot. Unfortunately it often seems that Nintendo is the only company making money in the market.?

The report, entitled Going Mobile: Welcome to the World of Nintendo, also states that, ?Recently much of the attention has been on the Nintendo Wii, but in terms of numbers and impact it is the DS that is creating the biggest revolution.?

It bases its conclusions on figures that indicate that by the end of 2006, ?the DS had sold about 35 million units in only two years on the market. The Game Boy Advance, launched in 2001, has sold an additional 75 million units.? It then adds in sales of 20-million Sony PSP to come up with total sales of 130 million portable gaming units in just over five years, which it compares (favourably) to the iPod?s, ?nearly 90 million units? in the same period.

Then we come to the crunch, ?Unfortunately??, says the report, ??it often seems that Nintendo is the only company making money in the market. If you look at the top-selling DS and GBA games they are all from Nintendo. Third-party publishers have had some success, but it pales in comparison to Nintendo franchises like Pokemon and Nintendogs?.

The report then goes on to compare this to the console market where, ?Publishers truly began to thrive? only when Sony came along and established the PlayStation platforms.

"In the portable market, Sony is trying to do the same with its PSP. The PSP targets an older, more hip crowd that has not been a primary focus for Nintendo. Although overshadowed in the past year by the DS, the PSP did manage to ship over 20 million units in less than two years. It also has become a legitimate platform for independent game publishers.

"Take-Two Interactive?s Grand Theft Auto: Liberty City Stories became the first third-party title to generate over $100 million in revenue, even though it was released less than a year after the PSP had been on the market.?

The report finishes with some astonishing statistics relating to the ?cell phone game market?, where, ?In North America the clear leader in cell phone games is EA Mobile, established from Electronic Arts? purchase of Jamdat in December 2005. For cell phones, EA Mobile has over 100 top games available via leading North American and European carriers.?

?However, for the first nine months of fiscal 2007, EA Mobile generated over twice as much revenue from a handful of PSP games than all its cell phone games combined (in that period, EA even made more money from Nintendo portable platforms than its cell phone business).?

The report is available at DFC Intelligence.

OptimusP 1 Mar 2007 18:32
1/3
the rapport does make some good points. The DS succes is for 75% there because Nintendo trew so many good games on it. On the other hand, a lot of those Nintendo DS games are not made by Nintendo but made by small unknown teams and then published by Nintendo.
This year you'll see a decrease of AAA-titles from Nintendo themselves for the DS and Square-Enix stepping up with a bazijillion RPG's because they need the easy sales to fund developing FFXIII.

But a report that uses Sony's "sold" shipped numbers as a comparison to the competitor...that's just idiot. Sure 20 million shipped, only to have 5 million just sitting in someone's stockroom. The PSP is still alive because third parties can make easy money from it. Just do some half-ass port of some PSx/PS2 game, sell a couple of hundred thousand units and boom, easy profit. With the DS you actually have to do some effort if you want to sell the millions that Nintendo has off the DS...you know...CREATIVE EFFORT!

PSP could have so many cool games but the DS is where the money is. I still feel western developers aren't doing enough for DS mind, with most of the games being japanese, and developers probably opting for the straight forward but more expensive development of 360, PS2/3 games.

There's enough games on DS to satisfy me for ages yet. Can't say the same for my PSP though.

realvictory 2 Mar 2007 15:32
3/3
Of course developers aren't doing enough, that's half the reason why Nintendo makes the profit - if they made games just as good, they would have still quite a profit, even if not quite as much as Nintendo does.
Posting of new comments is now locked for this page.