Sneak Peek at Japanese Wii Goodies: Can you say: Doubutsu NO Mori?

No. But you can say "Animal Crossing" bitches! 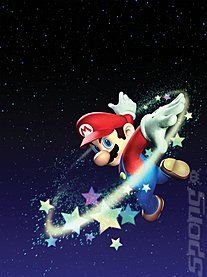 At a recent briefing to retailers and distributors in Japan, held at Nintendo's Kyoto HW, Nintendo outlined what arm-aching bliss Wii owners in the east will buy enjoying. And, as weather-girls say before the sub-celebrity menace of cocaine and quiz-show presenters pulls them into a quagmire of Internet sex videos, the outlook is good.

Slated to hit Japanese retail in the coming year from Nintendo is:

Yes friends, Animal Crossing, a fully online life-stealing supergame is on the list, as is Super Mario Galaxy, Forever Blue and the quirky duo of Wii Music and the family-saving oddity Wii Health.

No mention yet as to the likelihood of of said games reaching US or European shores at time of writing, though you can be assured that unless Nintendo wants people rioting in the streets, Super Mario Galaxy is a given.