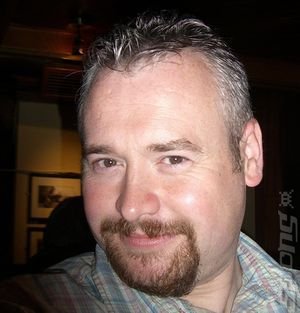 Team17's Brown, delays frustrate everybody.
Studio Director at Yorkshire-based developers Team17, Martyn Brown has been explaining to SPOnG about the frustrations inherent in getting the mighty Worms finished and live on Microsoft?s Xbox Live Arcade.

As local lads with a long history of Worm murder ourselves, we put it to Brown that, basically, we?d waited long enough to download Worms, so what?s up with the delay?

Taking things calmly in the face of SPOnG?s over-eager probing, he told us:

? Actually, the game was finished sometime back and most of the delay has been because the game's been stuck in the fairly process-heavy certification loop. A couple of issues were highlighted late in the process which has meant a couple of complete re-starts of the submission.

This has been frustrating for all parties, the consumers, Microsoft and ourselves.?

So, when will it be available? Months, years?

I've lost all respect for you. Perhaps it's not your fault. Perhaps you just have no friends. But worms, as far as unadulterated multiplayer fun is concerned, equaly ranks with or out does Quake3, Unreal tourney "____", counter strike or halo. I strain to think of any other multiplyer game i spent more time with without getting sick of it.

Tis a crime they had to cut some weapons in order to make it under the size requirment but i'm sure itll be a blast anyway. Cant wait to carpet bomb all my old college buddies again on live.
______