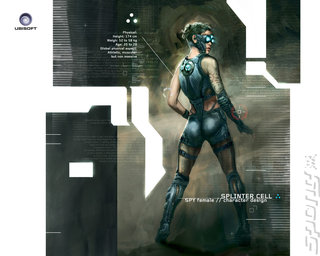 News is coming to light that Activision is to pay several million pounds sterling to acquire the creators of the networking middleware within such games as Call of Duty 3, Splinter Cell Double Agent, Outrun 2006: Coast-to-Coast.

Activision?s purchase of Dublin-based Demonware could mean that other publishers will have to start developing their own networking applications rather than relying on outsourcing ? encouraging innovative new methods. It could also mean that Activision finds itself selling such technology to rivals.

SPOnG spoke with a spokeswoman for Demonware this morning in order to get confirmation (or denial) of the details. We were told, ?We just really can?t say anything.? Polite as this was, it certainly was not a denial that the deal announcement is imminent.

A spokesman for Activision was equally as guarded when contacted by SPOnG this morning, telling us simply that he was unable to comment on speculation.

Demonware is not just responsible for the cool networking aspects of the above-mentioned games, it?s also the company behind the ?Lobby Advertising? and ?DemonWare DNA? systems. As its name suggests, the former provides targeted advertising within the lobby of an online game. According to Demonware, the latter, ??delivers quarterly reports to publishers which profile the behaviour of players across various title and feature-specific parameters?.

It is more than likely, therefore, that when the deal is made public Activision will be expecting to reap more from it than simply being able to network players in frag-fests.