Forza 2 Due May: Vehicles Details Here 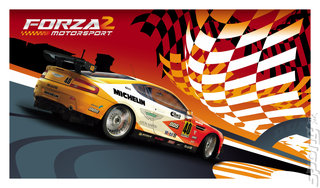 All Images (5) »
Petrolheads in the SPOnG office welcome today?s news that Microsoft?s superlative driver Forza Motorsport 2 is due out on Xbox 360 in May.

Microsoft has just sent over some details on some of the vehicles in the game, which will apparently let you, ?Own the cars that own the competition.?

If you dream of driving a Ferrari, Maserati, Porsche or a Lamborghini then Forza Motorsport 2 combined with the Xbox 360 wireless steering wheel controller is probably the closest you are going to get to that dream. The game, according to Microsoft, will ?help gamers literally feel the road beneath them".

Particular models and highlights include:

? Five heart-stopping models from Lamborghini include coveted makes such as the 2005 Murcielago, 2005 Gallardo as well as classic Diablo and Countach models

? Not to be outdone is Lamborghini?s Italian counterpart, Maserati, who joins ?Forza Motorsport 2? with two of its revered exotics ? the 2004 MC12 and the 2006 Gransport

A good enough excuse to pull the Xbox 360 steering wheel out from under the desk again, if ever we needed one. Watch out for further news and previews of Forza Motorsport 2 in the coming months.