Will Wright speaks on future project 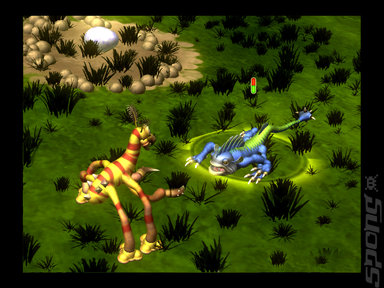 All Images (2) »
Will Wright, creator of The Sims and the upcoming Spore, has said that for his next project he's interested in focussing on socially relevant gaming.

He's very coy about the game itself but outlines some interesting ideas on gaming's social potential:

?I think we all live in our own little bubbles, we have our own little lives and there's this whole world out there of things happening that we're kind of dimly aware of? if you could just get everybody to be a little bit more aware of the world around them, and how it works, and have that feedback in to the course the world is taking, gaming could be an incredibly powerful mechanism for steering the system.?

Wright elaborates, talking about gaming as an educational tool in fields such as politics, economics and the environment:

"?just making everybody in the world five points more educated on each of these dimensions I think would have a tremendous impact on the system as a whole."

You might remember Danny Ledonne making a "socially relevant" game in Super Columbine Massacre RPG!. It prompted a media outcry and got pulled from the Slamdance Guerilla Gamemaker Competition. Granted, his materiel was highly controversial, but one message came from the incident: people aren't prepared to treat gaming as anything other than light entertainment.

That said, we're talking about one of gaming's most forward-thinking developers here, not a bedroom programmer. Presumably he knows what he's doing. Still, it doesn't sound like as much fun as Spore, does it?

Do you think that socially relevant gaming is? relevant? Tell us in the forum below.

But what does making everybody 'five points more educated' on politics, economics and the environment actually mean?

Here's an idea for a new game which Will could pitch: why doesn't he design a game which encourages the 70+ % of his fellow Americans who don't own passports to get one and leave the country to see the world outside of the USA?

ajmetz 14 Feb 2007 18:34
2/3
Spore populates the universe with user created content[planets, creatures, etc], so I see that game as in sync with what he's saying, as it will literally, link all our worlds, even if they're just virtual ones on a PC.

I'm really excited everything I've read and seen regarding your game. I have lots of ideas for games and want to share them with someone. I'm 11 years old but I'm a good designer and have a good imagination too.