Theme Park DS still on the way, however. 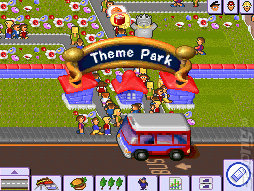 All Images (5) »
Electronic Arts is set to close its Japanese development studio, most recently responsible for Theme Park on DS, according to a report on 1UP.

An unnamed studio employee told them that: ?When we were developing for the Xbox 360 and PS3 and things weren't going smoothly, I had my worries - but ever since we switched our focus to the Nintendo DS, things seemed to be going well?After almost three years in existence, the only game to come out of EA Japan was Theme Park DS, which only took about a half-year to develop since it was a port. So, yeah, that wasn't a great track record."

The source added, "I think this closure is also as a result of the Japanese market not being as exciting compared to the possibilities for growth in China and other parts of Asia."

Apparently, around 20 people are to be directly affected by the closure of the studio, with EA reassigning them to other positions within the company.
Companies: Electronic Arts
Games: Theme Park