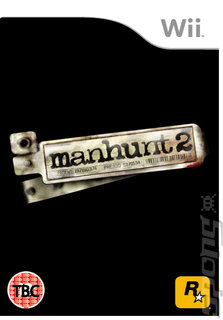 OK, as SPOnG reported this morning Rockstar is unleashing Manhunt 2 on suspecting Wii, PSP and PS2 owners this summer - and you want to see what it looks like in the trailer is at the bottom of this very story.

However, the company - which can't really have been expecting a 'soft launch' for a franchise confirmed so far ahead of time and with quite so much history - has come to its own defence in an attempt to avoid loss of potential revenues due to the same kind of shelf-pulling fury that engulfed the original back in 2004.

To this end, it has told industry journal, MCV that the game is a, "...chilling and compelling drama... only appropriate for people who are old enough to play it." By which it is referring to the expected 18+ rating that Manhunt 2 is expected to see.

The company is also trying to deal with the 2004 death of teenager, Stefan Pakeerah, and the susequent publicity Manhunt garnered, saying, "At sentencing the Judge, defence, prosecution and Leicester police all emphasised that Manhunt played no part in the case."

In a comment aimed squarely at such luminaries as MP Keith Vaz, the Rockstar spokesman said, "We respect those who have different opinions about the horror genre and video games as a whole, but we hope they will also consider the opinions of gamers. The stories in modern video games are as diverse as the stories in books, film and television."

Trailer Here
When it comes to the trailer for what is sure to be billed at 'the most controversial game of 2007' even before anybody has actually played it; it has to be said that it leaves more to the fevered imagination of both pro and anti camps than it actually shows.

It's short, cut into ribbons, grainy and more reminiscent of those shorts for Japanese horror flicks that you see at every turn. Make your own mind up, but don't forget to tell us what you think in the Forum below.