FlatOut 2 Tops Half a Million Sales

FlatOut: Ultimate Carnage due later in 07 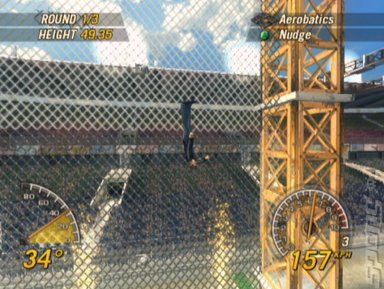 All Images (5) »
FlatOut 2, Bugbear Entertainment?s crash-and-burn smash-em-up, red-neck racer has sold more than half a million copies worldwide since it was released back in June 2006.

Published by Empire Interactive, sales of the FlatOut series on PS2, Xbox and PC has now topped the 1.5 million units mark. We would refer to it as a ?smash hit? if that wasn?t too obvious! Oh! We just did.

From the Bugbear release just in, ?FlatOut 2?s appeal builds upon peerless destruction driven by Bugbear?s proprietary physics engine capable of delivering over 5,000 fully destructible objects on every track as well as 40 deformable parts on each of the 8 vehicles running and crashing side by side. Topped off by manic destruction derbies and the ever-popular Ragdoll punishing party games, FlatOut 2 delivers pure, unadulterated gaming fun.?

Bugbear Entertainment is currently putting together its first next-gen FlatOut title, FlatOut: Ultimate Carnage, scheduled to arrive for the Xbox 360 later in 2007.