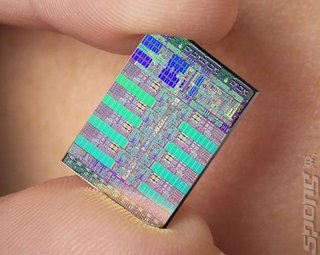 Usually news from International Solid State Circuits Conference would leave us a little cold, however, a snippet of news has caught our attention. This relates to a 1:30pm meeting on Tuesday February 13th entitled: ?18.1 Implementation of the CELL Broadband Engine in a 65nm SOI Technology? ? specifically that:

? The chip operates at 6GHz at 1.3V and is fabricated in a 65nm CMOS SOI technology.

The CELL Broadband Engine is, of course, better known simply at ?The Cell processor? and is used in the PlayStation 3 (as well as IBM?s Blade servers and some HD TVs). The Cell currently powering the PS3 runs at 3.2GHz and is fabricated on 90-nano-metre (nm) Silicon On Insulator (SOI) tech.

We were then drawn to the people attending the conference. Tucked in alongside IBM and Toshiba delegates, was an S. Tokito. We looked more closely to discover that S. Tokito was visiting from Austin, Texas ? specifically from Sony Computer Entertainment in Austin, Texas.

Could this be Shizuo Tokito? A man whose name is writ large on several papers regarding blue light emitting diodes (Blue Rays)? Quite possibly. Now, there?s only really one connection between the Cell processor and Blue Ray ? although they don?t communicate directly with each other, they do co-exist within the confines of Sony?s enormous, hot and heavy PlayStation 3.

Therefore, a knee-jerk reaction to this could be that Sony is readying the next-gen-Next-Gen PS3 with a buff new processor running at twice the speed of the current unit. The form-factor of such a new unit would also be smaller; the heat emissions would be less? all in all, you?d have a PS3 v.2 which would not require most of your sitting room to place it in. But, as we say, that?s knee-jerk.

This strikes us as more than unlikely ? with problems with current PS3 production, the idea of two PS3s on the market would be disastrous.

More possible (notice that we are not saying, ?likely?) would be for the new processor to be slotted into the existing PS3 and running at the current clock-speed. This would result in a cooler system, smaller due to the need for less power and heat management.

Another reaction could be that the company will be placing the new 6Ghz cell in the AV-centric PS3 mooted by Ken Kutaragi last December ? and poo-pooed by the rest of the world as the ramblings of the ?father of PlayStation?.

Final reactions could, of course, be that the conference organisers got Tokito-san?s company wrong ? that this is not Shizuo at all, but some other Japanese über-scientist who works with Sony?s HD-TV group instead; or even works with NHK.

Also IF they put a faster CPU into the PS3 surely this would make games designed for a 3.2ghz CELL to perhaps need an update to work.

Lastly the current PS3 cannot even acheive its full speed and power i.e. 2teraflops this was said by Sony and everyone missed it as THEORETICAL! Not actual!

The PS3 cannot do 2teraflops!

Absolutely valid opinion. However, it struck us that in this case, pulling a SCE executive along to the meeting simply for him to sit there and yawn about Blades would be a huge waste of time. Then again, it's a free junket in San Francisco...

At this time, it's all speculation of course. However, overlooking a new iteration of the Cell would have been daft.