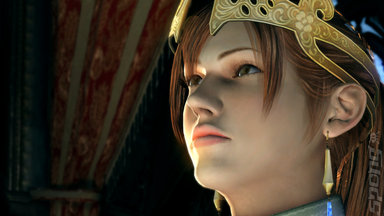 Devil May Cry? Let's hope that we don't.
With new Street Fighter and Resident Evil: Extinction movies both in production (and the rights to Devil May Cry snapped up), Capcom has finally given up and pretence of not being in movie land. It’s hired a movie liaison lady – and will be moving development staff from Japan to the City of Angels.

According to The Hollywood reporter, Capcom has signed up Germaine Gioia as senior vice president of licensing. Fortunately, we all hope, Gioia comes with something of a games background having spent 13 years with THQ. Unfortunately her experience there was all in kids’ games (be fair now, she did ensure that Jimmy Neutron ‘crossed over’ from Nickleodeon in a variety of average gaming guises).

According to the Hollywood trade mag, “Hardcore gamers won't have to worry about Capcom abandoning its core franchises. Gioia said the company will remain focused on developing existing franchises and introducing games targeted at Capcom's core gamer. She said the Hollywood licenses that Capcom does create will be made by the same creators that make the original franchises.”

It also appears that some of these developers will be leaving the calm serenity of their Japanese homes for the like-toadally-you-know-like-rollercoaster-ride of L.A.

Aside from the THQ pedigree, Gioia has a fantastic line in Corpro-Speak – (‘making the obvious ambiguous across the world’) if her interview is anything to go by. Try this on for size:

"I think it is becoming clear that the very largest successful publishers are delivering more and more of a balance to the marketplace," Gioia said. "They need (not only) their own intellectual property and good solid original development but (also) licensed product that can reach across cultures."

SPOnG Corpro-Translation Service: “We want cash. Games are cash. Movies are cash. Movies + Games = More Cash. Oh, and if we can get shot of some of that funny Japanese plot and imagination so we can let Billy-Bob and Louisa-Jo-Bob enjoy the fight scenes in Blubber Rock, then that’s good too.”

Or we could be being just a tad cynical?

Joji 2 Jan 2007 18:01
1/1
Perhaps they should cosider a Lost Planet film. That would be cool.
Posting of new comments is now locked for this page.