How was it for you? 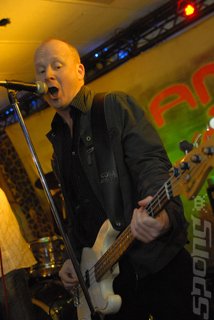 Stuart Dinsey
All Images (3) »
Yes, it's that time of year when offices have closed up the doors and everybody heads to the pub/sofa for a week of blissful and excessive drinking, eating and merriment.

For SPOnG it?s a time when we can truly take some much-needed time out to consider the true meaning of Christmas. Then after a couple of minutes of wondering what the flip this whole Jesus-trick is all about, we get down to the serious business of pulling out the best games of the year from the teeming pile in the corner and spending some quality time staring at a different screen for the week.

We won?t bore you with our ?games of the year? as everybody else seems to do. You probably already know what they are. Zelda, Gears, Shadow of?, blah blah blah. And equally, you probably don?t really care, as you know your own games of the year and you?ll have nobody else tell you otherwise.

It?s been a glorious year for gaming. We decided to go out there (well, send some emails) to the great and the good of the UK?s videogame industry and poll them on what they thought of 2006, what they?ll be doing on Jesus? birthday and what they are looking forward to in the Year of Not Our Lord 2007.

We?ll be bringing you answers from both the elderly statesmen of the UK games industry (will Garry Williams please stand up!) as well as some of the younger whipper snappers and dashing, thrusting young hopefuls (who, of course, secretly we hate as they are younger and more successful than we are), so keep checking back over the coming days to see who has what to say on the current state of play.

SPOnG: What are your five (gaming and non-gaming) highlights from 2006?

SPOnG: Five things you're either looking forward to in 2007 or would like to see?

SPOnG: What two gifts would you most like to see in your Xmas stocking next Monday morning?

SPOnG: What do you plan to be doing at 4pm on Xmas day this year?