New Dragon Quest on DS ? First Info and Screens Inside 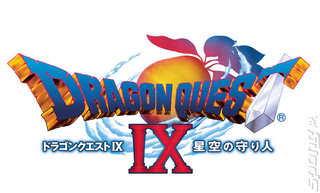 All Images (3) »
Square Enix continues to rock the DS. Following on from the handheld gold that was Dragon Quest Heroes: Rocket Slime and Final Fantasy III the publisher has just announced that Dragon Quest IX is DS-bound next year.

The latest new title in the RPG blockbuster series is being developed by Level-5, a developer with some serious RPG pedigree (they did the incredible Dragon Quest VIII, plus Dark Cloud, and PS3?s White Knight Story).

Check out the first screens right here, plus SPOnG?s Dragon Quest IX: Protectors of the Starry Sky page for all the latest info, art and more.

Creator of Dragon Quest, Yuji Horii, said at the unveiling in Japan yesterday that DQIX is "not a spin-off or a side story; it's a true part of the series."

DQIX will feature a four-player co-op option. Compatibility with Nintendo DS Wi-Fi play is still to be confirmed. Composer Koichi Sugiyama will again provide the soundtrack.

We hope and pray that DS Wi-Fi play is confirmed soon and will be speaking to our contacts at Square Enix in the UK to find out more.

The game is scheduled to release in Japan sometime in 2007. Watch this space.
Companies: Square Enix
Games: Dragon Quest IX: Sentinels of the Starry Skies Dragon Quest: The Journey of the Cursed King

Joji 12 Dec 2006 14:48
1/1
Despite not being as popular as the FF series outside of japan, I'd still welcome it and it nice to see it return to a Nintendo format. Dragon Quest series is good stuff, hopefully now that S.E have finished releasing the FF series on GBA, they might be about to do the same with the Dragon Quest series. Come on S.E, two DQ games on a DS card would be sweet.

One would have expect this to be on the Wii, but the DS is certainly a big surprise. Rather than a sign of the winds of change in the industry, this is more of a tornado, especially so when Dragonquest hasn't graced the PSP yet (if it ever will at all).

Has me thinking that some at S.E aren't sure about PSP anymore, despite Crisis Core.