Ubisoft goes back to the future in Mexico, 2014. 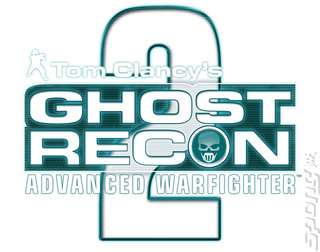 All Images (5) »
Ubisoft has revealed the first information on the sequel to the mighty GRAW, one of SPOnG?s games of 2006.

Tom Clancy's Ghost Recon Advanced Warfighter 2, the follow-up to the squad-based shooter, is currently in development for Xbox 360, PlayStation 3, PC and PlayStation Portable and is due to ?hit the streets? sometime next spring. You can see the first batch of screens and view the first teaser trailer right here on SPOnG.

GRAW 2 is being developed by the same award-winning teams that created the original in Ubisoft?s Paris and Red Storm Studios. You may remember that GRAW also scooped the BAFTA for 'Best Game of the Year' back in October.

Laurent Detoc, president of Ubisoft North America, said of GRAW 2, ?With Tom Clancy?s Ghost Recon Advanced Warfighter 2, Ubisoft is taking all the successful elements in the original to an unparalleled level of quality ? the sophisticated technology, weaponry, graphics, story and online gameplay will heighten the intensity and bring gamers an even more amazing experience.?

Ubi is promising a whole host of improvements over the original GRAW, including better enemy AI, handy new character support including an unmanned artillery drone that will scout ahead and deliver information, the inclusion of a new medic class, new Cross-Com features (so you can view what's happening on the battlefield in full-screen mode at all times) and more, as you take the Ghosts (the U.S. military?s elite fighting unit) back into battle in Mexico City, 2014.

This time around, the Ghosts must battle on both sides of the Mexico-US border to neutralise the escalating rebel threat, fighting in the mountains, the desert and over in El Paso, Texas.

Graphics-wise, there are a few impressive effects and additions promised, including changing weather systems. No word as yet on any plans to improve the online element of GRAW, but these will no doubt follow in the coming months.

SPOnG will be sure to bring you the latest news, screens and any other GRAW 2 goodness as we get it. You can see all the latest on the title at SPOnG?s dedicated GRAW 2 page.

I really hope they sortout the online multiplayer bits though, I felt that's where AWF should have been better. Ubisoft can learn from Gears of War a lot here.