Save that pixelated little hottie all over again! 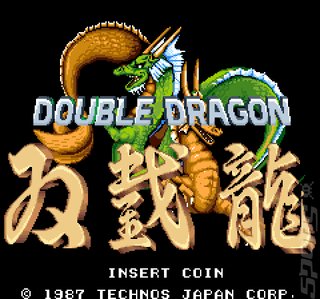 One of SPOnG?s favourite 2D arcade beat'em?ups Double Dragon is ? apparently - heading to Xbox Live Arcade in the form of a 12.56Mb download?.

SPOnG has just spoken with our contacts at Microsoft in the UK who will confirm, deny or prevaricate a bit more about this rumour shortly. Right now, we?re off for another blast on Defender, which is around one hundred times harder than we remember it.

In other XBLA news, there?s an update for Texas Hold ?em to speed up game-play, eliminate cheating and ensure proper competition. Fans will have wait till early next year until Xbox Live Vision Camera support is also added, when things start to get properly interesting.

In the meantime, here?s the full list of features on today?s update:

o Post the blind and play right away! ? Players can now, if they wish, start playing immediately when joining a table by posting the big blind, rather than having to wait for the blind to come to them.

o New ?Away? mode ? Players can now set their status to ?Away?. Hands will be auto-folded and blinds auto-posted until the player returns.

o New ?Auto-boot? mode ? Players who continuously let the timer expire (more than three times in a game) will be booted from the table

o Faster overall pacing ? Timers and messaging durations have been adjusted to speed up game-play among experienced players, but still allow novice players plenty of time to play.

? Matchmaking improvements ? Players are no longer matched into games they cannot afford

? Art and text improvements ? Game art and spelling issues have been addressed

? Online exploits addressed ? Certain known exploits that enabled cheating have been addressed. As a result, the online multi-player leaderboards will be reset to eliminate inflated scores as a result of these exploits.