No Castlevania on the Wii release schedule then 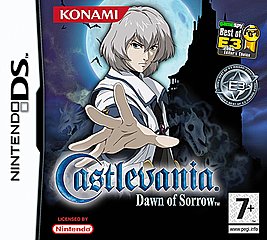 There are, it has to be said, quite a number of games which are little more than ?party games? for the Wii, which leads the more cynical gamer to ask, ?Exactly how many ?proper? games are going to be available in the long run??

Well, if recent comments from Konami producer Koji Igarashi in a recent dead-tree interview* are anything to go by, Castlevania, one of those ?proper? games so beloved of the hardcore cliques will certainly not be making the jump over to Wii anytime soon.

Igarash simply states, ?For me, the Nintendo Wii controller doesn't yet connect with the core gameplay of Castlevania. I definitely don't want to make a game with gimmicky controls where you swing the controller like a whip...?

Bah! SPOnG?s put in calls to Konami in the UK this morning for an update, so stay tuned.

RiseFromYourGrave 23 Nov 2006 12:20
2/15
put your thinking cap on koji, it doesnt have to feel gimmicky if put to use well by developers like you

i hope this isnt indicative of a large amount of devs

nintendo have given the developers the chance to not use the wii mote.super smash bros:brawl?

RiseFromYourGrave 23 Nov 2006 13:56
4/15
yeah, but we wouldnt want a load of games that dont even use the remote because then youve got a gamecube

majin dboy 23 Nov 2006 14:06
6/15
does anyone know about any good websites were u can watch stuff online,like FG,simpsons,south park,lost etc?my work have blocked allsp.com which was great for watchin south park.

Joji 23 Nov 2006 14:57
7/15
Obviously some devleopers will feel this way but I'd like to remind this chap that the same if not more so was said about the DS, and look at it now, beating PSPs arse in games. Every console sometimes has a slow start

Koji, you don't have to do a Castlevania game, use your brain, stop complaining and come up with some new ideas. Its not like the past two home console Castlevania games have been that hot anyway, which clearly shows the series dipping into a lacklustre zone, except for the cool DS games.

Blaming the Wii is lame because its clear some just want an easy ride on Sony or MS backs.

What Koji should be doing, is looking at a way to bring the Castlevania series into a modern setting, where it can then compete with Biohazard, Silent Hill and Devil May Cry. Big changes will have to come for this to happen.

Who's says Castlevania can't be done in 3D well, even on Wii? There's no reason why your character can't use a whip well to fight and perhaps have another weapon (say a sword) in the other hand. Use the whip to swing enemies around and throw them lasoo style, or pull them towards you like Scorpion, then beat them up. Or perhaps the option of a Soul Calibur 2 style whip sword would be better.

Konami, I applaud you focusing on MGS series, but put some thought into your other series too.

Rustman 23 Nov 2006 16:41
8/15
I have never enjoyed a single Castlevania game. I found the graphics and gameplay crude, even back in the SNES days.

Never played that Symphony of Night though. I think Castlevania 64 put me off.

No great loss for me, anyway.

I wonder if he meant "gimmicky" like Pong was accused of being gimmicky. Hmmm...

I do believe the Wii to be pretty gimmicky. The guy is right but why does it have to be that way?
There's a million possiblities opened up by the new controller (there's also a lot of old ones closed).

Are developers so blind or stubborn or just plain stupid that they can't come up with new ideas?

I do believe the Wii to be pretty gimmicky. The guy is right but why does it have to be that way?
There's a million possiblities opened up by the new controller (there's also a lot of old ones closed).

Are developers so blind or stubborn or just plain stupid that they can't come up with new ideas?

Exactly, it's all about the software, really. A bad craftsman blames the tools, isn't it? Come on, though - if EA can do it (Madden), anyone can.

It just shows why most games are similar - because people can't think of new ideas - I swear that's the only prerequisite for being a game designer in the first place... Taking risks is all part of the fun - that's what the Wii itself encapsulates for Nintendo.

Jesus, who gave this f**ker a voice? Bastard's been peddling the same game for years and he has the cheek to criticise the first real bit of creativity in the industry? 'Cut that bitch off!'

This guy has an almost psychopathic resistance to change. He's been refining the same 2d game for years (I am a fan of the series having said that). Looking at what he said it looks like he's not prepared (or mentally able) to change the game for the sake of a new control sytem. He must see it as perfect or something.

i wasnt being quite literal. and although welcome features, im not buying the wii for its future online capabilities or its (future? ;)) slightly better graphics. im buying it for the controller and games that use it well

and Rustman, i didnt like the CV series particularly before i played the gba series. i had been ignorant of the fact that with symphony of the night they had changed the formula and continued to do so with all future CVs. the GBA and DS CVs are f**king fantastic, particularly the most recent models

Joji 24 Nov 2006 11:58
14/15
Can't believe you haven't played Symphony of the Night, Majin. You really should check it out on Xbox Live Arcade when its available (if you have it). It really is a high point in the series, and its where most of the GBA series influences have taken the series to such heights.

This is why Harmony of Dissonance, Aria of Sorrow, Dawn of Sorrow and (hopefully) Portrait of Ruin play so damn well.

Indeed, I was a big N64 fan who never bothered to buy Castlevania 64, even though I was looking forward to it at first. C64 was the series lowest point yet. I believe even though the N64 might have been up to the job, lack of vision when designing in 3d went out the window.

Castlevania on PS2 (also by the SotN team) was a step up, and its sequel looked cool but still lost something. I think the problem Konami have it what era to base the game in, especially so on home consoles. I really think they should move the series into the 21 century like in Dawn of Sorrow, on home console, and get some new 3d talent in to help. I'm sorry to say it but Castlevania is still really a 2D game until Knoami pull their fingers out and fix it. On top of that it should be creepy like Silent Hill, now there's an idea, put the Silent Hill team on the next 3D Castlevania, then maybe we'll get the results we need.

So come on Konami, raise Castlevania to the same lofty heights that MGS series now occupies.

RiseFromYourGrave 24 Nov 2006 13:41
15/15
its interesting that ive always thought of DMC as kind of a 3d castlevania, its like capcom caught konami snoozing beat them with their own 3d horror action adventure beat em up

i prefer the castlevania universe though, and it has tonnes of fans already, so like you say joji, get some brilliant devs on the scene and youve potentially got a dmc-beater

what are they waiting for
Posting of new comments is now locked for this page.