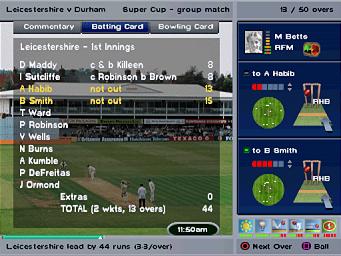 Business Wire is reporting that the deal for 85% of 19-year old publisher Empire Interactive?s shares has been declared ?unconditional?. Florida-based, Silverstar Holdings, which already owns Jagged Alliance developer Strategy First, made an offer worth 75p a share in October this year via its U.K. branch, Silverstar Acquisitions.

Under the terms of the United Kingdom Takeover Code, Silverstar Acquisitions? offer will remain open, subject to 14 days notice of closure, during which time the remaining Empire shareholders can tender their stock pursuant to the terms of the offer. Silverstar Acquisitions intends to effect the cancellation of Empire?s listing on AIM (The London Stock Exchange?s global market for smaller and growing companies). It is anticipated that this delisting will take place on but not before December 20, 2006. Payment in respect of the acceptances of the offer already received will be made on or before December 5, 2006.

Clive Kabatznik, CEO of Silverstar Holdings stated, ?We are pleased that the Empire transaction has been declared wholly unconditional. We look forward to building the business to create greater value for our shareholders. In February 2007, we anticipate filing proforma consolidated financial statements with Empire?s results included for the period ended December 31, 2006.?

Yes, we know, ?blah blah blah?? what this all means is that Empire Interactive will be owned by a U.K. subsidiary of an Mercan company by New Year?s Day 2007. SPOnG has put a call into our Empire contact, but he (or it could be a she of course, unlike some organisations who we won?t mention, we never reveal our sources) has been in a meeting for the last few hours.