PS3 Not So Backward

Well, not so backwardly compatible? 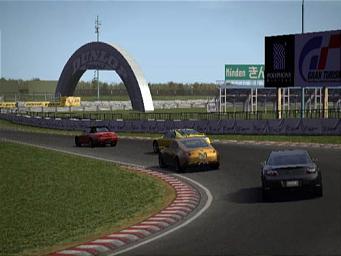 GT4 - has some PS3 'issues'...
"We are sorry for the game fans that they cannot play all the games. But unfortunately some of these problems could not be avoided."

So says Sony spokesman Satoshi Fukuoka with regard to the new console and its apparent backward in-compatibility with, reportedly, 200 games.

"It is true that there are some PlayStation (PS1) and PlayStation 2 (PS2) games that are not playing properly on PlayStation 3 (PS3). But, our first software update was also timed to coincide with the launch."

Fukuoka-san continued, in the light of a report from Japanese media organ, The Sankei Shimbun on Tuesday which stated that approximately 200 PlayStation 2 and PlayStation 1 titles could have problems.

While not confirming nor denying the number of games as reported, Fukuoka-san stated, ?Anyone who understands the game business knows this happens. Whether the media chooses to make a fuss over this or not, our job is to accurately relay information to our users."

This the company had done on its Japanese website on the day of the PS3?s launch. However, and this could be viewed as at best smug, at worst, arrogant, a Sony spokeswoman has also been quoted on South African financial reporting site, Finance24, as saying:

?We don't want to call them defects, as the problems are sort of inevitable when introducing totally different hardware. The type of problems vary from software to software. In some cases the only problem is no sound, and in others the screen freezes up. We're working day-and-night to provide software to solve the problem.?

Defects? Of course not. SPOnG is not looking forward to the day that a brand new cheese comes on to the market with the promise that it is compatible with all current humans? but isn?t, and takes out a few older units until the blue mould upgrade solves it.

Sony is, of course, promising an online hotfix at some point in the future... for the PS3, not the cheese.

Although you can go to Sony?s Japanese website and use its online, ?Is my game ricked?? function for yourself, the following games have been mentioned as missing in action ? at least in Japan:

RiseFromYourGrave 14 Nov 2006 15:59
2/15
furthermore the already poor contributions to the hype of ps3 by sony unravel

Why is it that Nintendo don't have these problems but MS and Sony get them in spades? I would be gutted to the max if this happened with my DS or Wii. Atleast Nintendo let gamer know early that DS would nopt support GBC games (handheld I know but the principle situation is the same).

There will be an influx of people selling PS2s to upgrade to PS3, hoping their own games will run because Sony said so, but now part of their games collection is gonna be redundant permanently if they sell. This is the reason I don't sell my consoles, because these people find it hard to keep their word and I'd prefer all my games work than just some.

Once again though, few will kick up a fuss because PS3 is worth it apparently and Sony can do no wrong. I beg to differ.

Rod Todd 14 Nov 2006 19:03
6/15
saurian wrote:
I seem to remember Microsoft stating that all games were not backwards compatible.


'most'. sony said all. forget sony vs microsoft, what about lying, manipulative megaconglomerates vs the people

if we dont express suitable disdain when they act like this..

vault 13 15 Nov 2006 04:35
8/15
Microsoft basically led us to believe that the 360 was compatible with all the original X-Box games. But as the launch came closer, they retracted their stance on it. Now I know it wasn't a blatant all out confirmation of backward compatibility, but they sure made it seem the system would play old games without a hitch.

I see where people would be upset about Sony's, oversight to be gentle. But s**t happens. An update or two or ten even is inevitable. I mean the system is going to get firmware upgrades up the wazoo to improve stability. THAT is a bigger issue I think. Not finger pointing a company that's only doing what their supposed to, promote their product. The 360 had and still has updates to it's system. And for s**t that should of been ironed out on day one.

I commend our attitude of not taking being lied to sitting down, but lest we forget other companies are doing the same.

As for Nintendo, why couldn't original Gameboy games and GBC games be supported on the system. I find that lazy. As for the Wii, only selected titles will be able to be downloaded, so they can hone in and perfect the content available. The PS3 and 360 have no way to regulate the content played on it.

tyrion 15 Nov 2006 08:46
9/15
SCiARA wrote:
No doubt they will be issuing updates via their PSNetwork for BC. I'm sure i remember Sony and their fan boys using the 360's updates against it?
There's a difference between issuing patches to cover the 200 games that don't play by default and issuing patches for every single game you want to be able to play.

There is no logical way you can equate Microsoft's slap-dash, half-arsed, quickly dropped attempt at BC with the success that Sony has managed with the PS3.

It's not as if all of those 200 games can't play, some of them have slight glitches in attract mode sometimes. Some of them have no sound, major bummer true, but only a few will not play at all.

I've seen figures that say there are roughly 8000 PS1 and PS2 games around the world. For only 200 of them to not perform correctly on day one is quite an achievement. That's 7800 games that play perfectly. Contrast that with the 360's 200 or so XBox games that actually played on day one. That's not so good.

There is no way this could sensibly be spun as bad news for Sony. However, that won't stop the anti-Sony crowd from trying.

There is a Japanese only site that lets you check which games are OK. I can't get a translation to work and I don't read Japanese. Can anybody here make sense of it?

Edit: Just found out, many of those 200 games with issues are fixed with the System software V1.10 that you have to install to access the Playstation network service. So they are getting on top of the problem straight away.

I'm not bashing Sony for the sake of saber rattling, but because these F-ups shouldn't be so frequent for them. Fix them and we'll get off our soapbox.

You may think me a little biased but I'm also not happy about Nintendo's Wii VC games not being region free, that's the whole point of emu games gone out the window, if you pigeon hole the thing with games we have had already. The possibly means that we might miss out on Super Mario RPG again, because even though it hit the U.S it never reach U.K/EU. This could also mean no N64 Sin and Punishment either.

Dammit, I pray that some of what I say is wrong.

tyrion 20 Nov 2006 09:14
15/15
tyrion wrote:
There is a Japanese only site that lets you check which games are OK. I can't get a translation to work and I don't read Japanese. Can anybody here make sense of it?
OK, with the US release of the PS3, SCEA have put up their own version of the site.

A quick flick through based on what I have been playing recently turned up the following;

The only Tomb Raider that has issues is the first, which will hang if left on the main menu for longer than 15 minutes.

The only Tony Hawk game that has issues is Project 8 which will have issues playing the FMV over a loading screen when choosing career or create.

Shadow of the Colossus - no issues.

The only thing I'd have to say is that the search is a bit difficult to use, you have to use full words e.g. "Tony Hawk" finds nothing, but "Tony Hawk's" finds all the games!!

Is anything you want to play reported as having issues?
Posting of new comments is now locked for this page.