New Smackdown and Call of Duty 3 biting at its heels 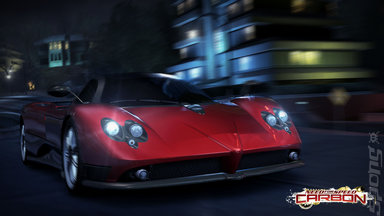 All Images (4) »
EA?s hotly-tipped Christmas number one, Need for Speed Carbon, holds firm at the top of the UK All Formats Charts this week, bolstered by the release of the Xbox 360 version of the street-and-canyon-racing favourite.

The rush to capitalise on Christmas pressie purchasing begins in earnest this week, with two further new versions of popular franchises straight in at the top of the chart: THQ's WWE Smackdown Vs RAW 2007 and Activision?s Call of Duty 3 take the Number 2 and 3 positions, respectively.

Call of Duty 3 on the 360 has the honour of being the second fastest selling 360 game to date, again following PES 6?s lead, with Konami fans? favourite version of the beautiful game slipping down to Number 4 in the chart this week.

EA?s aforementioned FIFA 07 slips down to Number 5 this week, while the publisher?s family-favourite The Sims 2: Pets slips to Number 6.

LucasArts' Lego Star Wars: The Original Trilogy climbs back up the chart three places to Number 8, with sales powered not by ?The Force? but by the PSP release of the title.

It seems there are plenty of fans of historically accurate war and strategy titles out there, with Sega/Creative Assembly's Medieval II: Total War debuting this week at Number 9.

Further down the chart, new entries this week include Nintendo's Pokemon Mystery Dungeon: Blue Rescue on DS straight in at Number 14 and sister title Red Rescue on GBA in at Number 34.