Sims Comes to Wii and PlayStation 3 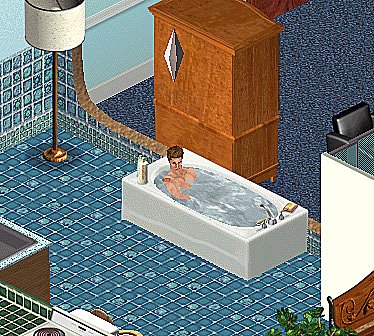 Will Wright considers a loofer-based game?
Electronic Arts has outlined the future of Will Wright's smash hit franchise, The Sims. April 2009 is the nominal launch date for the next true instalment. Both Sony?s PlayStation 3 and Nintendo's Wii home consoles will benefit - good news for everyone who wants to be a god. Which, we assume, is everyone.

In a post-earning release conference call to analysts this week, EA's Chief Financial Officer, Warren Jenson, stated, "...yes, there's a Sims 3 in development and it's likely to be a fiscal '09 title," thus indicating a release before the close of April 2009.

Continuing to woo the analysts, Jenson stated, "There is a Sims title that is being specifically developed for the Wii platform, [We will also release] The Sims II Holiday Edition on PS3..." This indicates that the two next-gen offerings from Wright will be significantly different, with the Nintendo version likely adapted to the Wii's very unique control system.

We'll bring you more on all things Sims as we get it.

In the interim, be sure to catch our in-depth interview with Will Wright conducted this summer by clicking here.
Companies: Electronic Arts
People: Will Wright