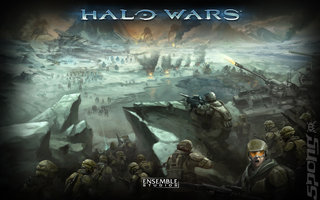 Halo redeemed from King Konging?
According to Reuters, the already troubled Halo-based movie has hit another snag with new backers, Microsoft, and film ?director?, Peter Jackson agreeing to postpone production.

Jackson?s New Zealand-based Wingnut Films released a statement to the press that counter-sank the final screw in the coffin lid of a 2008 release.

At this time Peter Jackson and Fran Walsh, along with their partner, Microsoft, have mutually agreed to postpone making a feature film based on the 'Halo? video game universe until we can fulfill the promise we made to millions of Halo fans throughout the world that we would settle for no less than bringing a first class film to the big screen.

Maybe Jackson is still wrapped in extracting a movie plot from Lovely Bones the Alice Sebold novel featuring a murdered 14 year-old girl remembering her murder from heaven (I?m sure there?s a game in there somewhere. Literary Ed.); or whether he?s not sat down and played Halo at previously but has recently become so addicted that he can?t be extracted from his games room is all open to speculation.

We await the call from Microsoft to confirm.

A more logical duo would be Micheal Bay/ Buckheimer, yeah sure, both of them are Hollywood biz whores, but this is Halo... a action game with gunning and explosives...those two are really good when it comes to that. Too bad Bay is too busy f**king up the transformers, now there's a universe!

And when is Spielberg going to make a Zelda-movie...when! That would make sense! A story about a young boy slowly being pulled in a world under treath, destined to become the hero of....something...and then beat the crap out of a almost god-like wizard. Spielberg, right there...

OptimusP 2 Nov 2006 21:13
3/5
Number three is interesting...I heard somewhere that they also contacted Ridley Scott, when he had read the script he laughed and just walked out of the room.

Zazigglebub 3 Nov 2006 13:56
4/5
OptimusP wrote:
Number three is interesting...I heard somewhere that they also contacted Ridley Scott, when he had read the script he laughed and just walked out of the room.

well thank goodness for small mercys then i say. ridely scott is a tool of no use to anybody no argument

vault 13 3 Nov 2006 20:35
5/5
I love wild general speculation. I like Peter Jackson. And I don't think what he changed in The Rings movies, as big as you may seem that they are, affected the movie much. They were what I thought at least Tolkien's world and story would of looked and played out as on the big screen. If not Peter Jackson, then we will end up with a Super Mario Bros., Double Dragon, House of the Dead, Alone on the Dark, Bloodrayne, ect. And to a lesser extent Doom and the two Tomb Raider movies. All flash, no subtext. As much as I hate Lara, they could of made a great movie there. A Ms. Indiana Joes if you will. Without a director with nothing more than experience blowing things up, Halo will be desolved of all the OTHER stuff like plot and character development and (interplanetary) race and culture relations. Halo has makings of a big winner here. I think Spielberg would make an awesome choice (War of the Worlds anyone?). Read the books and you'll see all the other stuff they can potentially omit or add to the story.
Posting of new comments is now locked for this page.