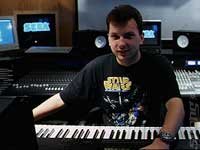 Music Maestro Please
All Images (3) »
Nottingham?s GameCity event kicks off this coming Wednesday, with a whole range of exciting, enlightening and laid-back videogame-related events planned, as we told you last week on SPOnG.

The latest news, which just dropped into our inbox, will have true SEGA fanboys actually wetting themselves with joy.

From the release, ?During the candle-lit recital 'SEGA: A RETROSPECTIVE' Richard (Jacques) will be joined by none other than fellow music legend TJ Davis, thereby forming a collective of legends.?

See! No less than ?a collective of legends? in a fourteenth century church playing music from SEGA classics such as Sonic R and Metropolis Street Racer.

Those in the know understand the importance of this event, culturally and musically, with SEGA exec Phil Lamb commenting, "This is fantastic news for anyone who cares about music let alone videogame music. To get two seminal figures such as this performing live together is a truly unique event."

TJ commented, "I'm so excited to be able to perform with Richard at GameCity. Having performed all over the world with some of the greatest artists, it's a dream come true to finally be performing my videogame work in a 14th Century Church."