After Burner on PSP – Full Details Inside

Much more portable than the original arcade cabinet, apparently 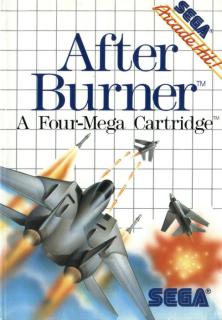 SEGA's just sent over details on a new After Burner game for PSP, being developed by Planet Moon Studios and due spring 2007.

This follows shortly after recent news of another game called Heatseeker, which Codemasters announced only last week. Which also looked suspiciously a lot like After Burner to us!

So anyway, back to the real deal. After Burner: Black Falcon promises "in-depth customisation of 19 officially licensed military planes... a story-rich single-player campaign [plus] a whole host of multiplayer modes."

The single-player storyline equips the player with an assortment of hi-tech licensed planes and explosive weapons, with which you are charged to recover 13 top-secret fighter planes that have been nicked by an underground mercenary organisation known only as Black Falcon.

SEGA's creative director Matt Woodley hopes After Burner will be "a good example of updating one of the all time SEGA classics for the current generation of gamer," going on to add that, "Its fast paced, challenging game play, combined with amazing visuals and superb multiplayer options make it a great addition to the PSP".

More news and the first assets on After Burner: Black Falcon as soon as we get hold of them.