A man with Sam Fisher's voice. Plus, a real, live spy! 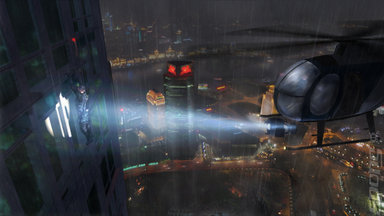 All Images (11) »
Ubisoft has just sent over a bunch of teaser trailers flagging the forthcoming Tom Clancy?s Splinter Cell Double Agent, which is out on all formats at the end of October - at which point the Xbox Live service may well go into meltdown.

It won?t of course, as it?s run by Microsoft, the one company who certainly knows what it is doing in the ?online gaming space? as their representatives never tire of reminding us.

The first batch of SCDA trailers features Woodie Mister who, Ubi assures is, ?a real life spy and SCDA consultant?.

Woodie is kind enough to tell us a little bit about what it?s like to be a real-life double agent, plus he deals with stories about past mission objectives. Check out the trailers right here:

Next up, we have another SCDA teaser from none other than Michael Ironside, the well-known Hollywood actor who voices Sam Fisher, previously best known for his portrayal of Lieutenant Jean Rasczak in the original (and best) Starship Troopers movie.

Ironside shares a few amusing anecdotes and gives a nice insight into how he identifies with the character, who he tries to make as three-dimensional as he feels is possible in a game. Check the first trailer here (we?ll update you with two and three in the next couple of days):

the ironside movie files dont seem to be found on the server hosting them btw, ill check back tomorrow