From the makers of the classic Italian beasts. 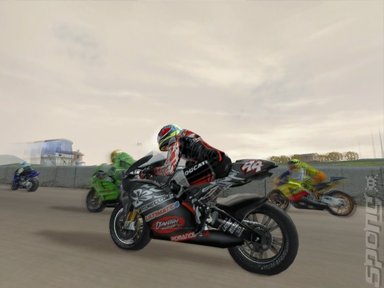 All Images (4) »
If you are a fan of highly realistic motorbike racing games, then you will be pumped to hear the latest about the forthcoming Ducati World Championship which releases on PC in November, courtesy of the UK?s Lexicon Entertainment.

And if you are more of a casual fan of the genre, then these latest screens may persuade you to give this one more than a cursory glance when it pops up in stores next month.

Ducati World Championship is developed by Italian studio Artematica and features over 70 amazing-looking bikes including Classics, Sports, Road and Grand Prix. Lexicon also claims that Ducati World Championship will satisfy simulation fans as well as fans of quick-burst arcade racers, with more than 34 exciting circuits to race and loads of extras to unlock.