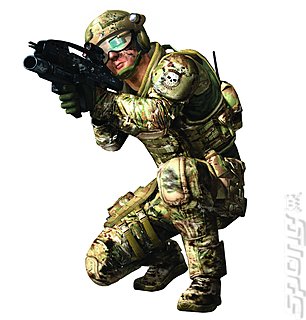 SPOnG just about managed to hold it together last night at the Videogame BAFTAs event at the Roundhouse in Camden. Well, just enough to remember the winners and the also-rans (listed below) and also to remember shaming ourselves in front of our peers at every given opportunity.

Suffice to say that today we are hungover and full of remorse, yet also strangely elated that the UK's games industry finally has a proper awards ceremony to enable lots of people to come together and get hammered and congratulate each other once a year.

And yes, as many were moaning last night, it is a costly affair, and SPOnG suspects that behind the scenes there were judges 'bought' and other such stuff and nonsense. And we?ll be digging and dishing the dirt on these kinds of carryings on, just as you would expect us to. But this is just what goes on at awards ceremonies, it?s almost mandatory.

The one thing we would ask is that the empty-headed and cringeworthy host Vernon Kay should not be invited back next year ? come on BAFTA, get someone proper in! (Suggestions in the forum please). We would also like ?TV?s Iain Lee? to give us back our PSP if he?s not going to review any games for us, as we are sure that with all the money he made from prancing about on the stage last night, he can afford to buy his own.

But the bottom line is that it was a success and, aside from the feelgood factor and backslapping, the swanky-looking awards will be broadcast on Channel 4 and on news channels worldwide, which can only be a good thing for the industry.

So, without any further ado, here?s who won. Ubisoft?s Ghost Recon: Advanced Warfighter picked up game of the year; Sony?s charmingly racist LocoRoco picked up BAFTAs for best character and best children's title; Lego Star Wars II won out on gameplay and Shadow of the Colossus nabbed the big golden face for artistic achievement.

Nintendo also won a well-deserved BAFTA for Innovation for Dr Kawashima?s Brain Training: How Old Is Your Brain? We touched the big golden BAFTA face award, and can report that they are very heavy and definitely not plastic, as we?d always assumed.

Guitar Hero also picked up an award for Best Soundtrack, which provoked SPOnG into shouting into the PR man?s ear for a good hour about something we?d rather not have admitted.

Speaking of that award, David Noble, business development fella at RedOctane said: ?The BAFTA Award is a tremendous honour for all of us at RedOctane, and recognition of the passion, enthusiasm and devotion from the teams here, at Harmonix Music Systems, Inc., Above all else, it is proof positive that some dreams ? no matter how risky ? are absolutely worth pursuing. RedOctane is a company born from the desire to innovate and have fun. And nothing proves those ideals more than Guitar Hero.?

Here are the awards in full:

Monkton 7 Oct 2006 12:26
1/1
Hahaha! The PSPs best game won best children's title and the most innovative game is an adult game on DS. Oh how the tables have turned.
Posting of new comments is now locked for this page.