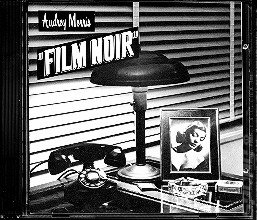 Rockstar Games has just sent us notice that it's partnering up with the guys behind The Getaway to develop and publish an "interactive detective story set in the classic noir period of the late 1940s" called - somewhat literally - L.A. Noire. With an E.

Development house Team Bondi is a new Australian-based studio founded by Brendan McNamara, previously of The Getaway fame. "Brendan and I have known each other for a long time, and to finally have the opportunity to work together on a game is exciting," said Sam Houser, founder of Rockstar Games. And the matey backslapping continues with Brendan McNamara, CEO of Team Bondi, coming straight back with: "The longstanding mutual respect and the combined experience between the two of us make this a great partnership."

No word so far on platform(s) but it?s a surefire bet that the game will appear on PlayStation 3, as it was formerly revealed to be in development at Sony. It will most probably hit the 360 as well. We?ll bring you that news as soon as we get it from Rockstar.

We?re also promised a full trailer on October 6, which we look forward to seeing, but in the meantime, to get a little bit of the look and feel for L.A. Noire. check out the itty-bitty teaser we just received by clicking the link below.