For would-be managers and players alike 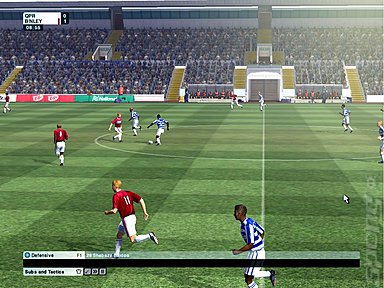 All Images (5) »
Fans of the ancient sport of soccerball (known to many in Olde Englande as simply 'football') will be more than pleased today to hear that there's not just one, but two free demos just released for two of the top management and arcade videogame soccerball games available.

You can play for a six month stretch on the PC demo, starting from July 2006 and choosing any of the top clubs from England, France, Germany, Spain, Italy, Holland and Portugal. This should give you a pretty good overview of the game, we reckon.

The Xbox demo is a bit more of a 'taster', whereby you get to play an exhibition match between Liverpool and Inter Milan at Wembley. Still, worth a look in if you are at all interested in playing a decent footy management sim on your 360.

For fans of arcade soccerball, Electronic Arts has released a 529MB Demo of its forthcoming FIFA monster in which you can choose to play a game at Arsenal's brand spanking new Emirates Stadium, choosing teams such as Manchester United, Lyon, Werder Bremen, AC Milan, Guadalajara and Barcelona.

FIFA 07 releases on all formats on 29th September. LMA Manager 2007 is due out on PC, Xbox 360 and PS2 from September 22nd. Follow them there links for SPOnG's info, screen, packs and the like.