The Charts ? Cars in Road Block at the Top 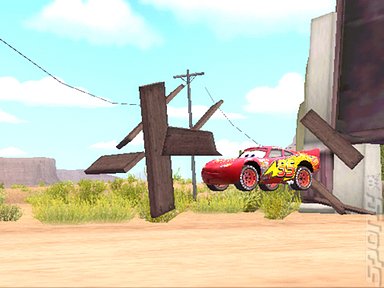 All Images (6) »
Yep, it?s mid-August. Everyone and their dog?s gone off on hols, and those of us left in rainy old Blighty because we either can?t afford to jet off to the Caribbean for the month, or we were too late getting those holiday requests in, are trying to coast through the month doing the bare minimum required work.

This it seems, is how the games industry works through August, with little movement at the top of the charts, no new releases in the All Formats Top 40 as rendered by ChartTrack, and retailer promotions assisting popular budget titles to make their way into the sweaty palms of the consumer.

Up at the top of the All Formats Top 40 this week we have three non-movers for the fourth week in a row, with THQ?s Cars still holding onto the number one spot, Rockstar/Take 2?s Grand Theft Auto: Liberty City Stories at number two and Nintendo?s DS classic New Super Mario Bros. steady at number three.

Sales of Dr. Kawashima?s Brain Training drop off quite a bit this week, with the heat probably taking its toll on the punter's desire to think, let alone do any work, with the grey matter exerciser dropping one place to number six. TV advertising of Animal Crossing: Wild World seems to have done the trick though, with that title skipping back up the chart seven places to number nine. Which means there are three DS exclusives in the top ten this week, so another happy week for Nintendo and its legions of rabid fanboys.

Elsewhere in the cynical world of videogame movie cash-ins, its fairly good news, for serious gamers at least. Cars is the only movie license to hold onto a Top 10 position as Over the Hedge drops five down to number 15 and Disney?s Pirates of the Caribbean: Dead Man?s Chest falls eight places down to number 17. THQ?s Monster House bucks this trend a little by going up six places to number 12.

Finally, in a week of no new releases tickling the Top 40, we bring you the oh-so-exciting news of retailer promotions, as the shops try to shift their summer stocks in anticipation of the busy Q4 pre-Xmas period. Good news indeed for gamers who might not already have picked up either Lego Star Wars or Oblivion yet, with Traveller?s Tales? budget-priced classic climbing back up the chart to number 20 this week, and Take 2?s mighty RPG re-entering the Top 40 at 25.
Companies: Activision Nintendo Rockstar THQ
Games: Animal Crossing: Wild World Disney Presents a PIXAR Film: Cars Dr Kawashima's Brain Training: How Old Is Your Brain? Grand Theft Auto: Liberty City Stories LEGO Star Wars Monster House New Super Mario Bros. Over the Hedge Pirates of the Caribbean: Dead Man's Chest The Elder Scrolls IV: Oblivion