Quality and quantity, first and third-party... 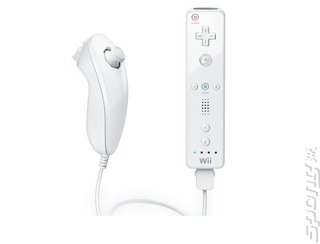 Nintendo's Wii, although not strictly a next-generation gaming machine, is piecing together the one of the most impressive launches of any console in history, with the sum total of 27 (to date) titles being readied for the machine's launch.

Nintendo, under the guidance of president Satoru Iwata, can also shed the stigma of being unable to attract decent third-party support, with a massive 23 of the titles coming from its publishing partners, partners desperate to reach a mass-market with minimal research and development risks.

It is expected that this roster will expand to 35 before the Wii hits the streets, with the potential for hundreds of product launches during the first year the Wii goes on sale. SPOnG very much hopes Nintendo quality assurance procedures, often a cause for some serious head-clashing with third-parties in the past, will weed out any titles seeking a quick cash-in on the technology afforded by the new home platform.

But reading through, I should start saving now!

All of which seem to be appealing to me..
Jeez man - its gonna be a long next couple of months.

OptimusP 11 Aug 2006 09:03
2/18
It's like the world has gone tipsy turvy...this is a launchset that Nintendo-fans have been dreaming about since the SNES and Playstation fans have been accustomed too. Now the first group gets it and the former group gets it shoved.

Also...7 launchgames from 1 third-party, isn't that like a record? Also, there is stilll a chance Mario Galaxy is going to be launch-title or a launchwindow title...that would be completetly overkill.

Good thing i have been saving money from the start of the year.

I like the look of Excite Truck too, so that'll be on my list. Hopefully we'll see Twilight Princess for xmas too. Overall a Wii under my xmas tree will be the best present this year, if not sooner.

RP 11 Aug 2006 12:41
5/18
"SPOnG very much hopes Nintendo quality assurance procedures, often a cause for some serious head-clashing with third-parties in the past, will weed out any titles seeking a quick cash-in on the technology afforded by the new home platform. "

You mean you also hope Downhill Jam never sees the light of day?

That game is going to be atrocious.


Maybe i can strike a few more from that list...

Nintendo need to ensure that there is plenty of quality product flowing well into the first year of launch though, not just the first couple of weeks. As far as I recall Nintendo always do a pretty impressive launch, where people flock to buy it, then six months down the line people start losing interest because nothing of interest is released.

Let's hope that's just as nailed down as the nicely prepared launch lineup.

I'd have a hard time just getting those, and im sure a few others in that list will be superb

maybe nintendo will quietly lower the bar for quality so it can get a huge library? i hope not

LUPOS 11 Aug 2006 13:42
9/18
Svend Joscelyne wrote:
As far as I recall Nintendo always do a pretty impressive launch, where people flock to buy it, then six months down the line people start losing interest because nothing of interest is released.

Indeed, by the time the 360 hit MS was already showing early glimpses of Gears and Mass Effect and Too human. Nintendo has alot of launch stuff on show (i assume they will hol donto mario for a bit and let link and samus carry this launch initialy) but i am concerned about future games. Of course with there recent secrecy about all things Wii its also not suprising that we dont knwo much about hwat the future holds.

OptimusP 11 Aug 2006 15:37
10/18
Let's see...they's got this launch...then Mario Galaxy and SSBB covering the next six months... i'm worried they have nothing for xmas 2007 or the Wii has to be really dirt-easy to work for...what kinda gets proven with this launchlist...where does most of these game suddenly come from!

Svend Joscelyne 11 Aug 2006 16:45
11/18
OptimusP wrote:
i'm worried they have nothing for xmas 2007 or the Wii has to be really dirt-easy to work for...
I wouldn't be worried about Christmas, to be honest. November/early December is usually the latest a game is released, as it's the last chance it has to get any real bonus festive sales for Christmas Day.

If Wii and PS3 launch in November, I'd say the lack of games for the next month or so wouldn't really be an issue. Having said that, Smash Bros. Brawl is (well, was supposed to be, don't know the actual status on that anymore) a launch title so technically why would you need to buy another game outside the launch lineup over Christmas?

It's basically January onwards regarding new titles I'm worried about with the Wii. But then as LUPY said (term of endearment, darling. :)) Nintendo's being a sneaky ferret with this one. We may have some corkers just round the corner yet.

I think Sony will have a harder time with keeping consumers busy over the Christmas period. Particularly since, if OOT is anything to go by, the Legend of Zelda is a sure-fire #1 chart smash.

I also agree with you on the PS3 front. Like nintendo, sony hasnt shown much of anything for beyond laucnh except for the already expect FF and MG sequels. Difference beign Sony has been so much secretive as they have been playign cover up and stall.

"er um yes we uh.. totaly have an awsoem online component.. thing. Of course itll be ready for launch and even um, be way better than that uh MS alive garbage!!"

It's also likely that you'll be getting the first wave of games from all these publishers that supposedly "missed the boat" with the launch by then as well.

I like the sound of Mr Hawk's Wii outing - the first of Mr Hawk's games I've ever coonsidered to have any merit. Most of the other games on there don't excite me much.

None of the other games look any good to me, frankly. Note the absence of any Nintendo titles. I'll get Zelda on my Gamecube with good control, thanks very much Ninty. I don't want another Prime sequel; I think this series is going downhill. And I don't want to fork out up to Ł40 for a load of gimmiks either.

That would be me. The concept is so contrived that it's almost hard to believe that isn't the product of a poor joke.

It's as if THQ figured a downhill racer would be a no-brainer for the console, and decided to slap on the Tony Hawk name to guarentee it some sales, regardless of its quality. Because that's exactly what it looks like.

The TH "brand" seems so poorly implemented in the title. Instead of your usual band of pro skaters, you've got Hawk and a collection of "zany", clichéd characters. The locations are painfully OTT with the courses looking incredibly sparse, given that you're on a skateboard and not something less trick focused (like a snowboard or skiis, for instance).

And as if that wasn't enough, the art style sucks.

I think it may be - the 360 might be a good example of this. Lots of games up front, then lots of waiting. Many of the early games aren't picked up, because most people want "new" games.

Perhaps having Nintendo Stagger a few (2 or 3) of its first party titles for say 3 months, and encourage a few of the less stellar 3rd party titles to do the same (again, just for at most 3 months) would help ensure a steady supply of games.

Like you all, it seems like there are a lot of games that could be excellent. however, even with all those great games, I might only buy 1 or 2 within the first month or two at launch. By the time I'm ready to buy another game, Super Mario might be ready. I know I'll buy that one. Then perhaps another new release comes out, and I forget to pick up one of the launch games.

In short, with that many games, some of the 3rd party developers may get burned, and less enthusiastic about the Wii.
Posting of new comments is now locked for this page.