Reflections in the hat too 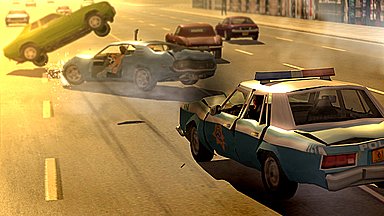 In a move that comes as something of a shock to the games industry at large, Atari, formerly Infogrames, has sold the rights to the Driver Franchise to fellow French games outfit Ubisoft for a reported $24 million. The deal also includes most of the assets of the Reflections game development studio, a studio which has faced heavy criticism for being slow to get up to speed on modern gaming platforms.

"The Atari name has been synonymous with innovation since the beginning of interactive entertainment," said Atari, Inc. Chief Executive Officer Bruno Bonnell. "Over the years, we have created and nurtured some of the industry's most successful franchises and we will continue to do so. We are focusing the energy of the Company on a select number of franchises in order to optimize their impact among consumers and increase shareholder value. In the driving category, we consider Test Drive our key franchise which will require more resources and attention to build it as a landmark of its genre."

This comment from Bonnell, the very much embattled Atari CEO, is somewhat disingenuous as the investment in and success of Test Drive pales when compared to that of Driver in the contemporary games market. The sale of the franchise, which admittedly has probably seen its peak, does highlight Atari's dire financial situation at present, with many industry watchers openly predicting the firm will struggle to find funding for next-generation titles and may well be killed off should the (current) relatively small next-gen userbase show any signs of apathy to its next offering.

Ubisoft offered no comment of the deal, or the future of Driver and Reflections, at time of press.

You can read SPOnG's review of the return to form which was Driver: Parallel Lines right here.

Earl 16 Jul 2006 15:28
1/1
With Timeshift sold to VU and now Driver to Ubisoft Atari are appearing desperate for cash, are they again suffering?
Posting of new comments is now locked for this page.