New Vexx Game in the Pipeline, Plus More 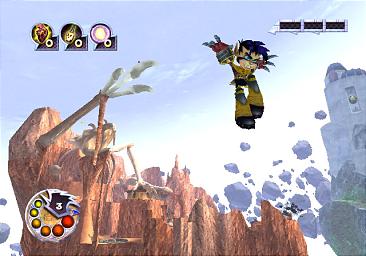 All Images (3) »
If you are a fan of platformers, then you may well remember Acclaim?s rather dark Vexx from back in 2003.

As such, you will probably be glad to hear that it looks like there could well be a follow up in the pipeline, as newcomer Throwback Entertainment has just announced that it?s picked up Vexx along with a big pile of other ex-Acclaim properties. From Throwback?s press release: ?The vast library of game-related properties includes, but is not limited to Gladiator: Sword of Vengeance?, Vexx?, Extreme-G Racing?, Legends of Wrestling?, Re-Volt?, and Summer Heat Volleyball?.?

If you need your mind refreshing, for full information on all these titles, simply click on one of the links at the top of this news story.

"Acclaim Entertainment was responsible for the creation of some wonderful original games, and unfortunately couldn't see them through their life-cycle. We are very pleased to have been afforded the opportunity to take these titles through the next generation, and onwards," commented Throwback CEO Thomas Maduri.