A Revolution in Golf? Video Evidence 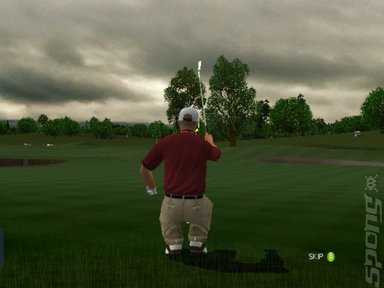 All Images (5) »
Back in early June, we brought you the first detailed news on Oxygen’s forthcoming World Tour Golf, in developement by Oxford-based Gusto Games.

Oxygen claims World Tour Golf is the first accurate videogame representation of golf, “...an absolutely faithful adaptation of the sport”, featuring “A groundbreaking new control system” to give the player the same level control over the swing enjoyed by golfing professionals in real life.

World Tour Golf will also have a heavy focus on user-created content, in addition to the usual selection of famous real-world courses.

Producer David Wilshire says of the Pro Stroke system in the game: “You won’t be choosing any of your shots from a menu. Instead our [Pro Stroke] control system provides a genuine evolution of analogue control, offering each player the ability to shape and adapt a shot in an infinite number of ways.”

“After determining the relative positions of his feet and the ball, the player takes the shot using two analogue sticks instead of one. The first is your traditional swing of the club, it works like other golf games you might know. A smooth straight movement means a straighter shot. However you’ll only ever be able to put 90% of the power into a shot using this stick alone. To get some real power into the shot you’ll need to make use of the other analogue stick.”

SPOnG will be getting its first look at the game in the coming weeks, so we’ll be sure to keep you posted.

In the meantime, check out the first World Tour Golf video right here:

You can also see further information on our dedicated World Tour Golf pages for each format at these links - Xbox, PS2, PSP and PC.

How about "use the analogue stick to control it like other golf games, then press a button"?

dranann 4 Jul 2006 08:35
3/5
The E3 webcast on Gamespot talked about it being the most interesting "next gen" sports game of the show (I think Madden on Wii was number 2 - so that's your Wii :-) ) even though it ain't next gen. So there's something interesting going on, I guess.

I've been looking for more on the game, and found a Q&A somewhere that gave the impression you don't press buttons. I think it's a combination of analogue sticks with some shoulder button hold-downs?

SorelissLarethian 4 Jul 2006 10:20
4/5
I watched the video and honestly.. i didn't see why this was that much better than any other golf. Other than Graphics and Names. It prolly has better physics too i guess. Wii Golf seams to be a lot more interesting having to actually swing and all.

dranann 4 Jul 2006 12:46
5/5
SorelissLarethian wrote:
I watched the video and honestly.. i didn't see why this was that much better than any other golf.

Actually, now that I think about it... I'm not sure why they've posted a video. Isn't the whole point of the game that it plays like real golf? How are we suposed to work that out from the video? The video just looks like Tiger Woods with some different shades of green. I want to know how the game plays!