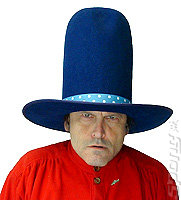 Chris Crawford is perhaps most well known, at least within gaming development circles, as the author of that well-thumbed tome ?The Art of Computer Game Design? (1982) (the full electronic version of which is available online).

However, Crawford revealed in a recent Gamasutra interview that the games development community, in his opinion, is now lifeless.

Crawford tells the interviewer: "I haven't even seen any new ideas pop up. The industry is so completely inbred that the people working in it aren't even capable of coming up with new ideas anymore. I was appalled, for example, at the recent GDC. I looked over the games at the Independent Games Festival and they all looked completely derivative to me."

Crawford goes on to say: ?Has anybody noticed that we don't appeal to the general public? Has anybody thought that perhaps it might not be a good thing? In fact, the industry has talked about reaching out to a broader audience for decades, but the industry is not willing to do anything about it. As long as you keep recycling the same product you're going to have the same markets.?

When asked about Nintendo?s disruptive strategy and their recently released Touch! Generations campaign, Crawford answers: ?I view these kinds of things with skepticism because I've seen that so many times before. Does anybody remember some years back when Sony, with great fanfare, released the chip that they called the ?emotion engine? and flooded the airwaves with interviews about how they were going to break the mold and do something completely different, and it never amounted to anything? And there have been other similar attempts that never go anywhere.?

Interestingly, when asked how the games industry might drag itself out of the creative rut which he claims it is in, Crawford tells the interviewer:

?My advice to the gaming industry would be to sincerely copy Hollywood more closely?.There's an awful lot of Hollywood money that goes to supporting oddball ideas, because Hollywood has learned the hard way that entertainment is a high risk business that requires innovation. So you spread a lot of money over a large area and most of it is just dead loss. You'll find one idea out of a hundred that's worthwhile, and Hollywood has developed a balanced system. They don't throw money away. They've developed a balanced system that generates enough creative return for their monetary investment. They look very closely at books; they use novels as the basis for movies. The games industry doesn't do that. They support film festivals and a variety of other things that allow aspiring young talent to get just enough funding to devise an advance. They have a pyramid system in place to creators, and at the very top are the Steven Spielbergs and the big expensive blockbusters. But that thing doesn't sit there in the air; underneath those hundred million dollar movies are layer after layer after layer of cheaper, more creative, more varied ideas, and there's money flowing down that. Because they know they need the support. The creative support of all these new ideas. The games industry doesn't do anything like that and that's why it has no new ideas. It just keeps recycling the same old ideas.?

Crawford is far more interested to talk about his new company, Storytron! A company created to commercialise Crawford's interactive storytelling technology, that is described on its website as:

?The world pioneer in interactive storytelling - the most engaging, artistic and people-oriented form of interactive entertainment. In interactive storytelling, you get to bring your own personality and imagination into a virtual dramatic storyworld. There, you can interact with incredibly authentic computer-controlled Actors in an adventure that combines the best aspects of traditional stories with the unprecedented experience of controlling the story?s flow by being the protagonist.?

Crawford distances what he calls ?Storytronics? from traditional MMO?s, stressing that the focus is not on action, ?but the interaction with other characters? and noting that, ?most online multiplayer games, functionally they operate as chat rooms with some structure behind them. That is, the social interaction all takes place in what is essentially nothing more than a chat room.?

It?s all high-falutin? conceptual stuff at this point in time, with nothing ?concrete? to show what a Storytronics experience might be like in practice, but Crawford assures us that we?ll have hands on demonstrations of the technology within the year.

Emperors New Clothes? SPOnG reserves judgement until we see and experience for ourselves what Crawford is pimping. For a more detailed outline of what Storytronics interactive storytelling is all about, you might want to check out the Storytronics website.
People: Chris Crawford

Take off the rose-tinted specs.

I look at the NES games now from the 1980s and think most of them are complete crap, and very poorly designed.

I don't really like movies - I hope games don't become like movies, which I think they already have started to do (including the concept of throwing a lot of money at it and only getting a few rare good games). I just want quick fun experiences. A game is not a story, and never will be - they are separate entities. Apart from a game of Consequences, perhaps, which is pathetic.

Movies are basically someone telling a story, which is why they can steal stories from novels (good stories usually become crap movies, though), whereas a gameplay mechanic comes from what? Not quite the same thing. As I said, though nothing is completely original - they can inspire one another - but good books often become bad movies. Don't compare them.

config 15 Jun 2006 08:43
3/4
Ah, but you see, this guy Crawford thinks that interactive storytelling is The Future(tm). Personally, I think he's full of horse hockey.

While I like a good bit of narrative-led gaming, such as Half-Life, Halo and Tomb Raider(the good ones), I feel that there's way more fun to be had in completely abstract games such as Loco Roco,

But every now and then someone does make something which does stand out.

But lets face it, software houses need to make a return on there investment, so quiet often, the "same old" is what gets put out becasue they know people will buy it.

Unless your name is Atari ;)