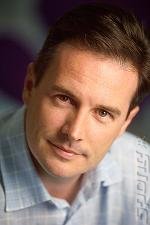 SPOnG caught up with Neil Thompson recently, Microsoft?s Senior Regional Director for Xbox, which in more straightforward terms means he is The European Boss Man.

While the Internet continues to goes crazy for anything Wii-related and to knock Sony for its various pricing and technological blunders, it has been easy to overlook what Microsoft achieved at this year?s E3, successfully sticking it to Sony while trying not too appear too smug due to its rival?s tribulations.

Thompson, gladly, is not once to mince his words or do that annoying PR dance around potentially thorny subjects. For example, speaking of what Microsoft has planned to counter this November?s PlayStation 3 launch, Thompson told us: ?I think they?ve missed the ball, in that it?s not really a next-generation games player ? it?s a next-generation DVD player. For us, that?s great news, because we think we make the next-generation games console.

?We?ve got the content to back that up, we?ve got Xbox Live to back that up, we?ve got price-points that are very compelling. If gamers are desperate to get the next-generation DVD player, then they?ll start considering Blu-Ray and the PS3. But Sony is the company that brought us Betamax, MiniDisc and UMD ? I?m not convinced people today will go and bet the farm on buying a Blu-Ray disc.?

Speaking about the longer term possibilities for Microsoft?s much-vaunted Live Anywhere strategy, Thompson had the following to tell us: ?In the Sony world, you have to live and die in the Sony world. You have to have Sony everything. That?s not always going to be the best choice for people, simple as that. The iPod is creaming them in the music business at the moment, and I think that?s a classic example of where, if you lock yourself into one hardware company, you?re limiting your decisions. It?s all about the integration of technology, and that integration only comes about through software.?